Dr. Christopher Howard, the president of Hampden-Sydney College in Virginia and also a Rhodes Scholar who graduated from the US Air Force Academy and later earned a Bronze Star for his military service in Afghanistan, will be the Commencement speaker and honorary degree recipient at Ripon College on Sunday, May 17. He will address the theme of The Liberal Arts and Military Leadership.

“Chris Howard is a renaissance leader in so many fields. Ripon College is proud to award him an honorary degree,” said Zach Messitte, President of Ripon College. “Dr. Howard has excelled as a scholar, in his military and public service career, as a NCAA Division I athlete, in business and as a trailblazer in higher education.”

The 2015 theme celebrates the role the liberal arts play in cultivating effective and ethical military leaders and also in preparing our students to be engaged citizens who appreciate the power and consequences of their votes and their voices. Ripon College has a nationally recognized ROTC program and a military leadership minor that incorporates coursework requirements in history, politics and government, foreign languages and culture.

Howard is a distinguished graduate of the US Air Force Academy, where he earned a BS in political science. A Rhodes Scholar, he earned his Doctorate in politics at Oxford University and an MBA with distinction from the Harvard Business School. At the Academy he received the Campbell Award (previously known as the Draddy Award), the highest academic award in the country presented to a senior football player; he was inducted into the Verizon Academic All-America Hall of Fame in 2003.

His accomplishments also include rising to the rank of Air Force Lieutenant Colonel and serving on active duty in 2003 in Afghanistan where he was awarded a Bronze Star. He later served as Reserve Air Attaché to Liberia. He previously worked for Bristol-Myers Squibb, General Electric’s Corporate Initiatives Group and as the vice president for leadership and strategic initiatives at the University of Oklahoma. He became the 24th President of Hampden-Sydney College in 2009, making him one of the youngest college presidents in the country.

Dr. Howard is currently a presidential appointee on the National Security Education Program Board and a member of the Virginia Governor’s Commission to Ensure Integrity and Public Confidence in State Government. He also serves on the MyVA Veteran Affairs Advisory Committee, and is a member of the 15-person NCAA Division III Presidents Council. He is founder, former chairman and current trustee of the Impact Young Lives Foundation, a nonprofit organization that provides scholarships and travel opportunities for South African students of color. He serves on the advisory board of Carolina for Kibera, which fights ethnic violence and abject poverty in a slum in Nairobi, Kenya; is a member of the board of directors of the American Council of Education (ACE); an Aspen Institute Henry Crown Fellow; and a member of the board of regents at Baylor University. His book, Money Makers: Inside the New World of Business and Finance, was published in 2010.

Dr. Howard is a recipient of an Honorary Doctorate of Humane Letters from Centre College and in 2010 was named an African-American Trailblazer in Virginia History by the Library of Virginia. 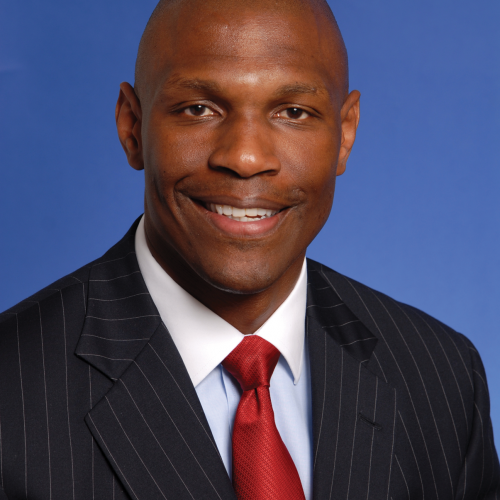