For almost everyone, going off to college is a journey, not a destination. That certainly is true for Ripon College senior baseball player Michael Polcyn, who, after three schools in three years, has finally settled into his comfort zone — which just happens to be where he began.

He also ranked second in the conference in doubles (16) and third in RBI (44), en route to MWC and Central Region Player of the Year honors and a First Team All-American selection.

“I never really think about individual success,” Polcyn says. “I just play the games, and if I put up some good numbers that’s great because more than likely, it means I’m helping my team win.”

Polcyn’s outstanding play has earned him both regional and national recognition. On the same day last season (April 21) that he was named MWC Performer of the Week, the exercise science major also was selected to the D3baseball.com Team of the Week and earned Honorable Mention for the National Collegiate Baseball Writers Association (NCBWA) Division-III Player of the Week. He earned those honors by hitting .611 (11-for-18) with 10 RBI, one double and home runs in three consecutive games as Ripon won three of four.

The final chapter of Polcyn’s collegiate baseball career will be written in Ripon, but it’s a book that certainly doesn’t have a shortage of twists and turns. A highly rated prospect that played a big role on Ripon High School’s 2011 WIAA Division 2 State Championship team, Polcyn originally narrowed his college choices to the University of Wisconsin-Stevens Point and Ripon, until he received a call from Division-I UW-Milwaukee.

“(Ripon Head Coach) Eric Cruise recruited me pretty heavily when I was in high school, but I decided to take advantage of the opportunity I was offered at UW-Milwaukee,” Polcyn says. “After one semester, though, I realized that the school wasn’t really for me and decided to transfer to UW-Oshkosh.”

While at UW-Oshkosh, Polcyn showed why he was a highly touted player, batting .366 with 22 doubles, seven triples, seven home runs, 62 RBI and 74 runs scored in his two years with the Titans. As a sophomore, Polcyn was named All-Conference and ranked fifth in Division-III for runs per game. Even with all that success, something was missing.

“I knew in the back of my mind that I wanted to come back to Ripon at some point and already knowing Coach Cruise for several years, it made for a very easy transition,” he says.

Polcyn has picked up right where he left off, but is now doing so on Ripon’s Francis Field where he watched countless games as a kid. “I’ve been going to Ripon College baseball games my whole life, and it’s just great to be part of a program that has such a rich history with all the great players that have come before me,” Polcyn says.

The tradition of excellence that is Ripon College baseball has accumulated 20 MWC Championships, the most in the history of the conference. Another championship this year would give the Red Hawks four in the last six years and would help Polcyn come full circle.

“We have great fans who supported me when I was in high school, and now I see the same people coming to my games as a college player,” Polcyn says. “I was on a great state championship team in high school, and hopefully I can have similar postseason success with Ripon College.”

The holy grail of Division-III baseball is the college World Series, played just up the road in Appleton. Although Ripon has never been there, they have come close a couple of times and with the help of Polcyn, they hope to finally get over the hump during his final season.

“One key reason I chose to transfer to Ripon was to be part of something special, which would mean winning a conference championship and ultimately advancing to the D-III World Series,” Polcyn says. “That would be an ideal ending to my college baseball career.” 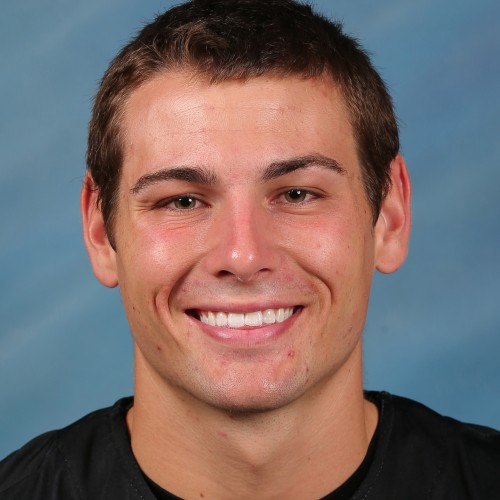