Chapter 4: My Optimism Has Returned

[Editor’s Note: Nathan Held ’14, Sophia Kaounas ’14, and Ariana Myers ’14 are writing rotating monthly entries for the Ripon College Newsletter chronicling their post-graduation experiences. We hope you enjoy their perspectives on Life After Ripon!]

My first year of law school is quickly coming to a close. To say I have enjoyed it is an overstatement, but I don’t regret my decision to attend law school at all. My largest project of the year finally came to a close this week when I gave an oral argument before a panel of judges in an activity held by the legal research and writing program to give first year laws students experience in the basic skills of lawyering: research, analysis, writing, and oral presentation. The project has, in many ways, provided me with preparation for the next steps in law school and the legal profession. Many of the courses I will take over the next two years will require research and writing, and the project also reminded me, in small part, why I went to law school at all.

The project centered on writing a brief to an appellate court, seeking to help my (fake) client get a new sports team at her (fake) university under Title IX. I have never cared very much about sports, and I seriously question having them at universities and colleges at all, but I do believe that if we’re going to have college athletics, then there had better not be any discrimination against female athletes (or male athletes for that matter). Arguing that the university my client attended ought to have a new sports team for women requires more than simple accusations of discrimination, it required eight hours (and more later on) of sitting in a study room and ramming my head into the Code of Federal Regulations and the Federal Register to find out how Title IX works, and how students can call out their universities for discrimination. My happiest moment in law school was walking out of that study room, grinning stupidly and in a daze, knowing exactly how I would be able to show that the discrimination had occurred. It was an enormous step for me toward the competency to do the work I came here to do.

The research and writing experience has also given me the opportunity to pursue a few different avenues of work and study. This summer I will intern with a circuit court judge in Eastern Oregon for two months, where I will be able to observe court proceedings and hearings, provide research to the judge, report on my findings, and ultimately contribute to the writing of opinions for cases before the court.

Other opportunities abound, however, and I hope to take advantage of a number of them to pursue a growing interest I have had in election law and comparative electoral systems, especially in relation to its ability to provide the democratic check that is so important in our understandings of constitutional law and limitations of power on legislative bodies.

There are still more doors that seem to open when you go looking for them. I am seriously considering solo practice when I leave law school, practicing in a few areas including property law and the regulation of controlled substances. Last night, I attended an event concerning the law of wine and beer, particularly in Oregon, but nationally as well. It’s still a developing area of the law, and it is providing the framework for Oregon’s rollout of legalized recreational marijuana this July and its accompanying regulations. There is a lot of opportunity in the profession if you know where to look, and much of my spring semester has been devoted to learning how to look.

To close, I would like to thank the readers of the alumni newsletter, who either through excitement or overwhelming patience have read the posts written by my classmates and me. This is my last submission to the newsletter, and I have appreciated the opportunity. In times of both clarity and opacity, writing my small contribution has allowed me to consider my own situation from another, outside perspective, something which can be easily lost in the speeding pace of law school. It’s been a good time. I offer my best wishes to all of you. 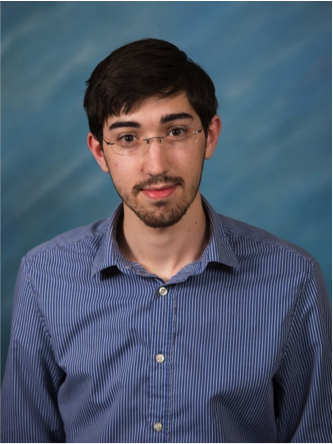