Comedy has heavily influenced the life and career of John Heflebower ’73 of Saint Helena, California. He works as a financial planner, and he also gives comedic presentations to corporate groups about humor and why things are funny.

He runs a Facebook humor blog under the name of John Victor, and he is the executive producer of the indie sci-fi film “Eleven Eleven” that currently is in production.

“I was one of the smart-mouths in my fraternity,” Heflebower says. “I liked telling jokes and writing them.” He was well-known for his sense of humor among his circle of friends who all were very funny, as well, he says.

“I probably had the darkest, most sarcastic sense of humor of the group,” he says. “It was the middle of the Vietnam War, and we knew we were all on the edge of being drafted. I think it shaped our humor.”

Heflebower believes humor is a natural and important part of life and happiness. “We know that laughing does many good things for the brain and attitude,” he says. “It relieves stress, it fires endorphins in the brain and, in some cases, it has been proven to speed the recovery of cancer patients.”

Recently, he was approached by a friend asking for his help producing “Eleven Eleven.” As a humor writer and financial planner, his skill-set was thought to be beneficial for the project.

At the time, he was busy with several other projects, but he offered to read the script and provide input. “It was one of the funniest things I’ve ever read, bar none, and I’ve seen almost every comedy worth seeing,” he says. Since then, he’s been assisting with the production.

The script was written by actor and director Chris Redish. It centers around Tom Faris, a fanatic man who dreams of being abducted by aliens. Faris is played by Chris Baker of “Breaking Bad” fame. The film also stars Kristina Allen and Christina Rose.

The film currently is in post-production stage, with computer-generated elements being added in. Its tentative release will be at the Toronto Film Festival in the fall.

He also is writing several screenplays on his own time. One is named “McQueerly Meadows,” and another “Uncle Albert,” a dark comedy about his late uncle. He also is working with award-winning writer and producer Bill Schreiber on “Blood Bounty,” which follows a wounded warrior gone bounty hunter. 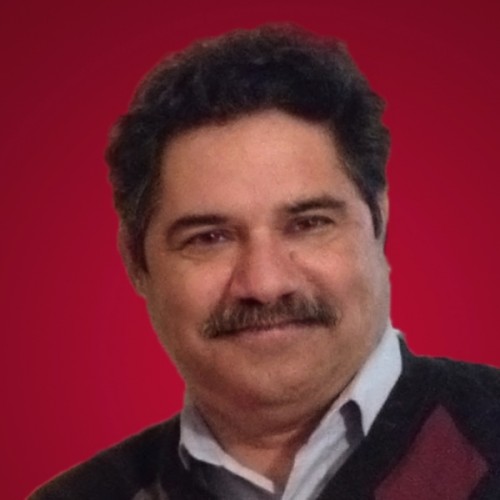