“Ripon saved me. Nobody knows this story, but the story is true,” says Tom Buesch ’65 as he reflects back on his life.

All his life, Buesch had been a poor student. As a child, he had to repeat the 5th grade, and his teachers never expected much of him. When he went to Washington University to study engineering, he was not shocked by his poor grades. The large academic college did not interest him and he often skipped classes to attend concerts. By the end of the year, Buesch was on academic probation.

“After that first year of college, I didn’t know what I was going to do,” Buesch says. He considered joining the Navy or working in his father’s auto factory.

Then, one of Buesch’s friends, John Burrows ’65, told him about his first year at Ripon College and encouraged Buesch to try a year at the school. Buesch applied and was accepted despite his academic standing. But it was for a reason he did not expect.

In 1962, Ripon College President Fred O. Pinkham met with Buesch and 19 other students. All 20 either had failed out of larger colleges or were put on academic probation. Pinkham told them he had accepted them to Ripon College to test a theory: that these students could succeed at Ripon after they had failed at larger places.

The students were put on immediate probation and not even allowed to leave campus. They were told they must get at least a C average for the semester. “Well, I was scared to death,” Buesch says. With his parents supporting his studies, the pressure was on.

“I opened the books and never closed them,” he says. During that first semester, Buesch received a B average, to his surprise. He and the other 19 succeeded, and all 20 graduated. “Ripon proved it; it was amazing,” Buesch says.

The difference between Ripon and Washington University was jarring for Buesch, he says. He went from a massive school to one that had fewer total students than his graduating class in high school. “I went from classes with 300 students to classes where students sat around a table with their professors and talked to them,” he says. “It was glorious.”

After graduation, Buesch taught high school in Illinois but decided he wanted to teach older students. He received a doctorate from Northwestern University in 1970 and taught in the Chicago area before moving on to Robert Bosch Auto, a German auto company, where he worked for 17 years.

Finally, in 1990, Buesch moved to Aspen, a place he often visited as a child, and began teaching as a college professor. For the past 25 years, Buesch has taught at Colorado Mountain College, teaching many different topics. He’s taught film courses as well as philosophy and literature. He also has taught composition and a course on jazz music.

One of his courses, a music appreciation class, boasts an average class size of 80 students, eight times more than most of the college’s courses. His students are given free passes to attend local music events and discuss them. In the summers, Buesch also teaches a Listener’s Master Class with the Aspen Music Festival, which is running through Aug. 23 this year.

“I have the best job in the world,” Buesch says. He enjoys watching students excel and learn, and enjoys learning new things along with them. He strongly believes in teaching the way he was taught at Ripon College. “I’m a Ripon College professor, teaching out here in the Rocky Mountains,” he says. Staff and students alike enjoy Buesch’s humor and knowledge, as he was named Aspen’s top professor in 2011.

Now, at age 72, Buesch loves teaching and hopes to continue until he reaches 75. He never would have expected the life he has now when he was younger. He says his probation at Washington University feels like ancient history, buried under the following years of success and discovery.

“I didn’t know what I was doing or where I was going, and now I’m a professor because of my start at Ripon,” he says. 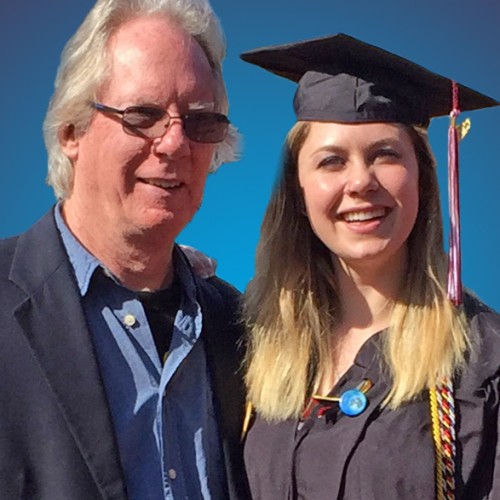