Among the many new generous scholarships established as part of the Imagine Tomorrow capital campaign is the Frey/Dahlhauser Trust Scholarship for Physics and Chemistry.

The scholarship was created by Eloise and Scott Frey of Racine, Wisconsin, after their son, Josh Frey ’09, graduated with a double major in chemistry and physics. Scott and Eloise Frey, both originally from the east coast, are not alumni of Ripon College themselves, but they are so grateful for Josh’s experience that they decided to create this scholarship.

“Our son, Josh, loved his four years at Ripon College,” Scott Frey says. “He matured wonderfully during his years there, and we couldn’t have been prouder parents. He also had the opportunity to receive some academic scholarships from Ripon, and we felt we should pay it forward in the hopes other students could share those same experiences which benefited Josh so greatly.”

Thanks to an employer match by S.C. Johnson, the scholarship is at the $50,000 level.

The Freys hope that by giving this gift to the College, other students will be able to have a wonderful experience like their son had, they say. Not only will this scholarship help students study the sciences — an area both Josh and his grandmother loved — but it also will enable students to learn and grow as Josh did during his time at Ripon College. 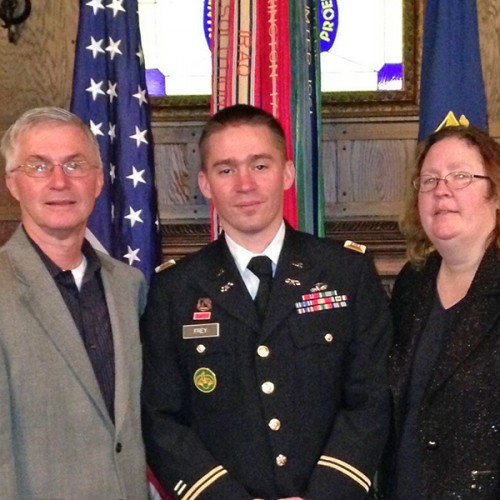