C.J. Thode ’04 is an assistant professor teaching organic chemistry at the College of St. Rose in Albany, New York. While a chemistry student at Ripon College, several research opportunities helped him move forward in his career.

The summer after his sophomore year, he researched organic chemistry through a National Science Foundation program at Loyola University in Chicago. “I leaned I really liked research,” he says. “I liked the open-endedness of it. It was a challenge. There is no set way of doing things. You just keep going.”

The next summer, Thode had a position at the University of Alabama at Tuscaloosa. He worked at a special facility operated by the Department of Energy and the National Science Foundation to support nanotechnology.

“I found out what I was going to do in graduate school,” he says. “I found out nanoparticles was where my interests lie.”

During his senior year at Ripon, Thode worked with Professor of Chemistry Richard Scamehorn on his research with a nitration reaction. “I wrote my senior thesis from this research,” Thode says. “He and I got to know each other better. It was a golden opportunity to work with someone and get a different perspective on research and talk with him about my graduate goals and aspirations. I learned a number of techniques from him.”

Thode says research is vital to have a successful graduate application in any scientific discipline, and he went on to earn a Ph.D. from Penn State University. He taught one year at Ripon as a visiting assistant professor of chemistry in 2012-2013.

“Student research helped me decide what I wanted to do,” he says. “It helped me study in class and made me a stronger student. It gave me a reason to use what I was learning.” 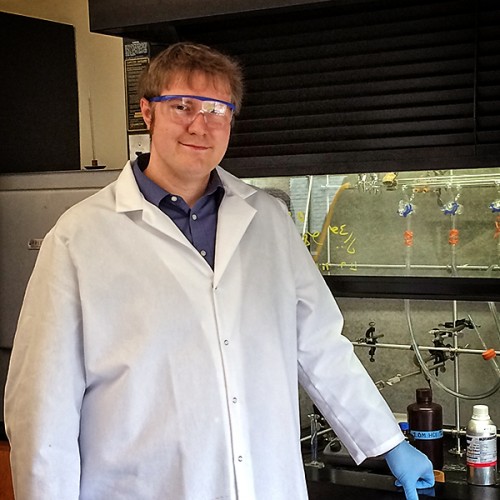