For David Bardwick ’72, success is contributing and doing his best

With a set career goal of working for himself, David Bardwick ’72 of Escondido, California, now owns a successful furniture art gallery in Solana Beach, California, just north of San Diego.

His collection of furniture and art is under the name of the David Allan Collection, and it boasts pieces of art from many eastern countries including Japan, Nepal, Thailand and Bali. Bardwick was attracted to this region, in particular, because of the many skilled craftsmen who are trained in traditional arts of woodworking and carving.

Along with collecting art from these countries, Bardwick also seeks out rare and reclaimed woods to create custom furniture. His work takes him to regions all over eastern Asia and allows him to establish amazing connections with many different peoples and communities representing a diverse range of cultures and backgrounds.

His ambitions started when, as a student at Ripon College, one of Bardwick’s first jobs was in a factory. “Since working in a factory job to help pay tuition during the summer before my junior year at Ripon, I have not worked for anyone,” he says. “All I knew after graduation was I’m not going to work for ‘The Man.’ ”

After graduation, Bardwick ran a furniture business called “Cut & Dried Hardwood” and an art gallery before creating the David Alan Collection. “While the career path of working for yourself and creating your own job is perhaps more risk-prone, it is endlessly creative and of your own making,” he says.

He calls his “the best job on earth.” For four or five months out of the year, Bardwick travels to beautiful and often remote parts of eastern Asia to acquire items for the David Alan Collection. He and his wife have been able to give back to communities in need.

Over the past 12 years, Bardwick’s wife, Amita, has created a nonprofit school in a severely underprivileged neighborhood in Old Delhi, India. The Alpha Montessori School gives children in an impoverished community an opportunity for education. “One of the great tricks of successful nonprofit work is to observe,” Bardwick says. “Look first at what now exists, then see what is really needed, not what you think they should have, do or be.”

Bardwick says that his success is due to his ever-changing definition of what success is. His work relies upon contribution and never compromising or narrowing the definition of success, allowing him to constantly create and re-create his business and his life’s work.

“Contribution is one of the ultimate sources of fulfillment and joy,” he says. “Find your calling, be it nature and the environment, education, social issues or a host of other choices, and do your very best.” 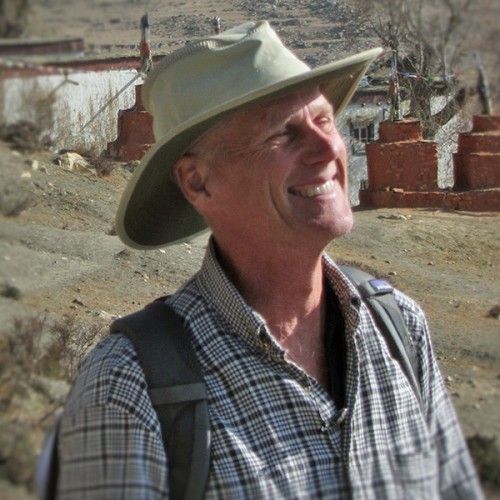