Writing in various forms has provided a creative outlet for Ken Luber ’60 of Idyllwild, California, throughout his life. He has written poetry for much of his life, was an English major at Ripon College and was editor of the Ripon College literary magazine, Parallax, during his senior year. He since has written for several television programs, published a book of poetry and written the musical Esperanza, which was performed by the Desert Ensemble Theatre Company last winter.

Luber’s first experience with lyrics was many years ago when he wrote some lyrics in collaboration with a friend. “Nothing professionally came of our endeavors, but the process was a lot of fun and, in fact, I was hired to write the lyrics for a radio commercial for Copper Mountain resort in Colorado,” Luber says.

He also wrote a first novel, which never was published. The novel follows a therapist and his clients, some of whom are ex-athletes past their prime, struggling to find a place in the world now that their glory days are over. “I guess that idea stayed in my psyche because about a dozen years ago, I started writing notes on the same theme: jocks who had lost their way and missed the sound of the crowd. Their angst seemed to lend itself to song.”

The experience of these early endeavors lent themselves later to creating Esperanza.

When Luber and his wife, Kathy, moved to Idyllwild, a mountain community in California, he befriended a musician and the two collaborated on a few songs. These songs were presented in a public showcase, to positive reception. This motivated Luber to continue writing songs. The collaboration between Luber and his friend ended, but Luber completed the first act of Esperanza.

At this point, Luber’s musical was just a script and some lyrics. What followed allowed the project to come to life. “One winter night, about four years ago, my wife and I were sitting in front of the fire,” he says. “I had my laptop on my lap and I was insisting my wife, who is herself a professional musician, sing some of the songs. She said, ‘Ken, I just can’t sing words. You need a composer.’ I sulked and went back to my laptop, checked my emails and read one from an agent in LA who had a composer client looking for work!

“The next day, I called the agent and subsequently exchanged more emails and sent the first act. A few months later, I met the composer, Saverio Rapezzi, who was to become my collaborator.” Rapezzi was hesitant commit until the second act of Esperanza was completed. After Luber completed writing the second act, Rapazzi agreed to collaborate. Over the next four years, the two completed Esperanza, both the script and the score.

With the musical complete, Luber searched for a group to perform it. In June 2014, the Desert Ensemble Theatre of Palm Springs, California, agreed to perform the piece. The performance was held in late January at the Pearl McManus Theater to a sold-out house. “The audience loved it, and I was thrilled that one of my fellow Ripon alumni, John Hammer and his lovely wife, Marlene, were able to attend,” Luber says. “The great thing about musicals is that you get to hear a wonderful voice sing your lyrics to music that a talented person composed. It is an assemblage of talents, and that’s very thrilling.”

Luber is continuing with his creative output. He has written for several sitcoms, though they did not make it past the development stage. He also has directed for television, including “The Tony Randall Show,” industrial films, cable and many promotional spots for CBS TV. He also wrote the novel “Match to Heart” and recently published a book of poetry, “Everybody’s Shadow.”

He now is working on his third novel and many other projects. “Since I moved to Idyllwild, I’ve been commissioned to write a screenplay based on a story involving the treatment of Native American children in government/church schools in the 1920s,” he says. “This summer, I’ll be directing a Christopher Durang play, Durang/Durang in Idyllwild. I enjoy writing and directing, whether it’s writing novels, screenplays, poetry or musicals.”

More about Ken Luber can be found on his website, kenluber.com. Songs from Esperanza can be heard here. 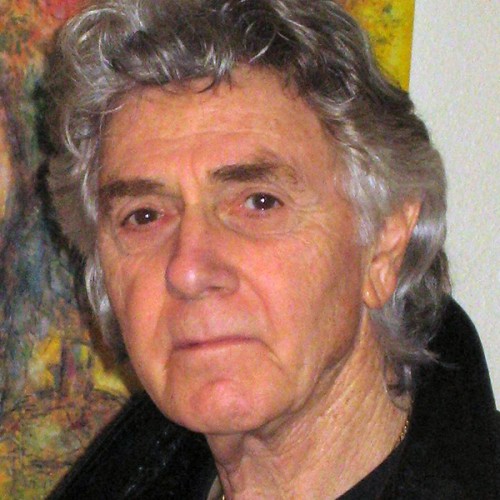