I arrived in Chicago at the end of July of 1957, to get ready to be enrolled at Ripon College.

It was very strict, according to the foreign currency exchange regulations in Japan, to exchange yen to dollar at the time, and so I had only $26 with me when I left Japan. My father had quite a difficult time to obtain $20 from different sources, but he had somehow obtained $20 after desperate efforts.

My American missionary friend was having a difficult time to get into the local area of my hometown to preach the Gospel. I helped him with it. He was so grateful to me for that and gave me $5 as a farewell gift.

A girl, a pious Christian, gave me $1 which was given to her by the missionary. So, these added up to $26.

Fares for the passenger ship and the train fares from San Francisco to Chicago were allowed to be paid in yen in Japan.

I left Kobe port on June 25 and, via Yokohama and Hawaii, arrived in San Francisco after two weeks.

I spent some dollars in Yokohama, purchasing some records of Japanese music/songs, some on the boat and some more in Hawaii buying post cards and stamps. So, after all, not much was left with me. In the train, which took 54 hours to get to Chicago, I had canned food I brought with me from Japan.

(In Chicago), I had no particular place to go, without enough money with me to stay at motels. There was nothing else for me but to roam around, and I happened to come across a Japanese Buddhist church which was under construction.

The priest found me looking into the building and … told me I could use the kitchen. I immediately accepted his offer with great appreciations. I stayed there over two nights. The Japanese carpenter working there told me to try the Pacific Garden Mission.

A big fellow, about 250 pounds, was passing tracts at the entrance. He gave me a big smile. I was told to attend the evening chapel service. So, I did after the dinner in the dining room. I was told to share a room upstairs with that big man to stay overnight.

He wanted to know of my name. I scribbled down my name in English. As he was illiterate, he was not able to read it. After his trying many times (to pronounce it), I gave up and told him to call “Aki” for short.

He was such a kind man and gave me a ride at his spare times to find my job. After visiting various places such as employment agencies and Japanese Settlement Office and so on, I finally found a part-time job with Methodist Publishing House in Chicago for a few weeks until I left Chicago for Ripon. I worked scrubbing dirty walls of office rooms, hallways, etc. 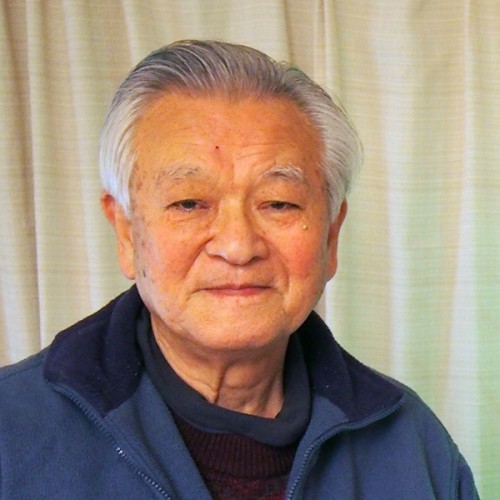