Inventor of corn-based plastic to speak at Ripon College Feb. 24

Patrick Gruber, Ph.D. and CEO of Gevo Inc., will be the visiting Knop Scholar at Ripon College Feb. 24-26. He is recognized as a leader in the development and commercialization of renewable resource-based products.

In addition to presentations for several campus classes, Gruber will give a public presentation on Wednesday, Feb. 24, that is open to all. “Cleaner, Greener, Cheaper — Changing the Paradigms for Chemicals, Plastics, and Fuels” will be presented from 7 to 8 p.m. in Bear Auditorium, Farr Hall of Science.

Gruber is credited with inventing a commercially viable process for producing polylactic acid (PLA), a biodegradable plastic made from corn. He is named coinventor on 48 United States patents related to the production of PLA.

Chemical giants had spent decades trying to find a renewable and environmentally safe raw material to make into plastic. Until Gruber’s discovery in 1989, no one had discovered out how to make PLA from plant starches with the right properties and inexpensively enough for large scale production.

Using the process Gruber developed, PLA can be produced from corn kernels and other renewable, cheap and ecologicallyfriendly raw materials, such as corn stalks or wheat straw.

This polymer is used in place of petroleum-based resin. Its performance matches or exceeds conventional plastics, but it is also biodegradable, composting into harmless carbon
dioxide and dirt. In most forms it is 100 percent recyclable.

Gruber was instrumental in forming Cargill Dow LLC to develop, manufacture and sell products manufactured with polylactic acid. After more than a decade of work and investment of half a billion dollars, a new plant began producing PLA in Blair, Nebraska. Cargill Dow has estimated that 1.4 billion barrels of oil were conserved the first year of the plant’s operation.

Gruber received a bachelor’s degree in chemistry and biology from the University of St. Thomas, St. Paul, Minnesota, and a doctorate in chemistry from the University of Minnesota. He also earned a master’s degree in business administration from the Carlson School of Management at the University of Minnesota. His many awards include The George Washington Carver Award, The Presidential Green Chemistry Award, The Discover Award for Environmental Innovation, The Lee W. Rivers Innovation Award. Dr. Gruber holds more than 50 US patents, with a number of others pending. 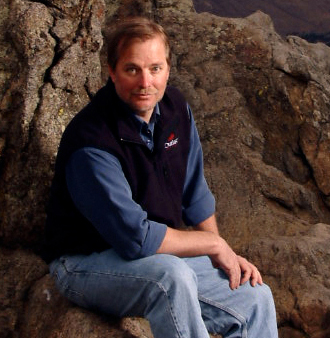