Various threads of Ripon College history came together when Fred Pinkham, age 96, Ripon College’s eighth president, visited campus June 17. He met with current President Zach Messitte; Robert “Spud” Hannaford, professor of philosophy emeritus; Wayne Larson, professor of mathematics and computer science emeritus; and other campus staff, before viewing changes to the campus from the back of a golf cart.

Pinkham served as Ripon College president from 1955 to 1965. At 34, he was one of the youngest college presidents in the nation. He went on to work in the areas of higher education accreditation and on population and humanitarian issues, including stints at the United States Agency for International Development (USAID) and Stanford University.

Messitte first showed Pinkham the Presidential Medallion which was crafted 10 years ago, is worn at notable formal campus events, and displays the name of each former president. “There’s you, and there’s me,” Messitte pointed out. “Well, isn’t that something?” Pinkham replied with a grin.

Messitte and others gratefully acknowledged the many accomplishments Pinkham achieved on campus during his tenure here. He oversaw the building of several facilities, including Farr Hall, S.N. Pickard Commons and Kemper Computer Center, which was first built as a medical facility. He grew the enrollment, grew the endowment, substantially raised faculty salaries, and helped found the Associated Colleges of the Midwest (ACM).

He also made plans for the J.M. Storzer Athletic Center. “You planned that facility; we’re taking it apart right now,” Messitte said with a laugh, referring to the current renovation and expansion of the facility.

When Messitte mentioned The President’s House, he said, “But you didn’t live there, did you?”

“No, but I built it,” Pinkham replied proudly.

“You had incredible success,” Messitte said. “You did a lot of very important things for us. They are your legacy. What we do here is because of your work 50 to 60 years ago.”

“I feel good here,” Pinkham said. “This is fun putting it all back together. I have a lot of roots here. It’s a good place. I enjoyed it.” 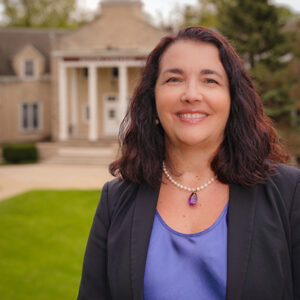 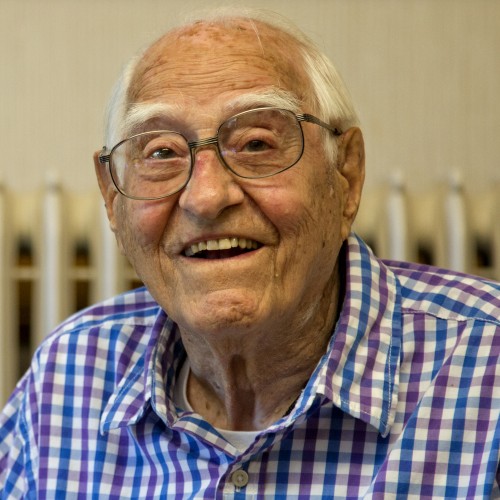