Aldis has worn many hats throughout his life. Previously named Will Porter, Aldis has lived a diverse life as a teacher, actor, screenwriter, novelist and musician. After graduating from Ripon College, Aldis received a master’s degree in education from Miami University in Oxford, Ohio. He taught high school English in Chicago for three years and joined the famous improv acting company, Second City.

Inspired, he moved to Los Angeles to act, but work was hard to find. To support his family, Aldis and a friend wrote a screenplay, which became a successful film, Stealing Home.

Aldis now has written 40 screenplays, nine of which have become films including Back to School, starring Rodney Dangerfield; Avenging Angelo; and, most recently, Stealing Cars. With about a quarter of his work turned into films, Aldis has been quite successful as a screenwriter, but he also has turned his attention to novels.

The process of writing for the two genres is very different for Aldis. “Writing a screenplay is like writing in a box because there are so many constraints,” he says. “It has to be 105 pages, it has to be this, it has to be that, which all makes sense. But when you write a novel, there are no rules. You can just write. It can be whatever you want it to be.”

His two published novels are Jack’s Big Night Out and Lily Wyatt.

Aldis does not struggle to find inspiration and finds it to be an important, spiritual experience. “It gets me off the planet, it’s liberating, it’s freeing, it’s what I was born to do,” he says. “When you lock into what you’re born to do, it’s a deeply spiritual meditative exercise. It really isn’t me doing the writing. I perk up my ears, and the novel or screenplay starts talking to me. I never do an outline — I never know where I’m going.”

Music also is enjoyable for him. He has posted music on his YouTube channel, Will Aldis, and currently helps produce R&B music videos with Hood Roc Enterprises. Aldis hopes his work with Hood Roc will bring hope to troubled black youths. “Given what’s going on in the world, producing R&B videos feels like the best thing I can do,” he says. “As an artist, you have to do something. You can’t just write about the problems of white people.

“Even if I don’t do anything, at least I tried and gave these guys hope. None of them think they’re going to live past 30. I’m trying to give them a hope for something they can live for. I’ve seen their lives, their homes. It’s so bleak, and it’s heartbreaking. I’ll do everything I can to help.” 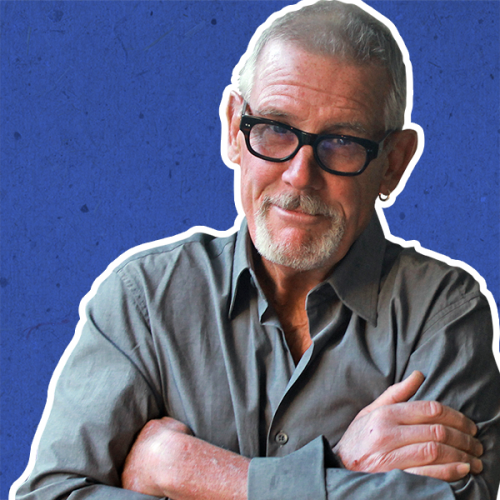