Dave Knuth ’08 of Ripon Wisconsin spent his freshman year at the University of Wisconsin-La Crosse and his sophomore year at the Milwaukee School of Engineering.

Then he transferred to Ripon College because it was close to his hometown of Wautoma, and he knew it was a good school. He spent his last two years at Ripon before graduating with a major in economics and a minor in business administration.

He found the transfer process easy, and most of his credits were accepted by Ripon. “I didn’t transfer until the middle of August, but it was just a few days and I was good to go,” he says. “It was an easy process. Ripon was a lot better at accepting my credits than MSOE had been. I was able to finish in four years (even after two transfers).

“I think all three school experiences were very good. What sets Ripon apart is the smaller class sizes and how all the professors are interested in helping you. The professors genuinely care about your success while you are a student and are invested in you as an alumnus. In every class, the big emphasis is on writing and communicating effectively. The biggest thing it taught me was how to figure things out.”

He says that his previous schools placed more emphasis on corporate jobs, but “Ripon is a little more individual and challenges you. They challenge you in a way that lends itself more to entrepreneurship.”

That ambition has stood him in good stead. After he graduated from Ripon, he first worked as a salesman, then for seven years as manager of Christiano’s Pizza in Green Lake. When the former Fat Bruce’s retail space went up for sale in downtown Ripon, “I decided to do my own thing,” he says. 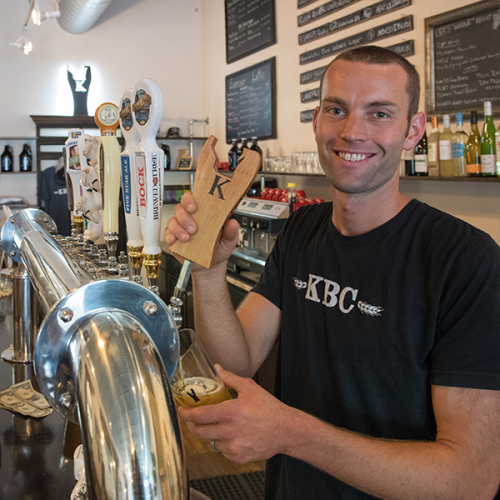