The Media and the 2016 Elections will be a panel discussion presented at Ripon College Wednesday, Sept. 28. The talk will run from 6 to 7 p.m. in Great Hall, Harwood Memorial Union, on the campus.

This panel discussion examines the way the media are covering the 2016 elections and how political candidates engage with various types of media. Some of the issues to be discussed include media bias in the reporting of political candidates, how the presidential nominees engage or do not engage with various types of media, the use of social media to mobilize supporters, and what it means that some people follow only news that confirms their predispositions.

The event is sponsored by the College’s Center for Politics and the People.

Sykes is one of the most influential conservatives in Wisconsin. For the last 22 years, he also has been one of the state’s top-rated and most influential talk show hosts, with a daily show on WTMJ radio in Milwaukee, and has been the host of his own public affairs television show, Sunday Insight, on the local NBC affiliate. He also is an MSNBC contributor.

Sykes has written eight books, including A Nation of Victims, Dumbing Down Our Kids, Profscam, The Hollow Men, The End of Privacy, 50 Rules Kids Won’t Learn in School and A Nation of Moochers. He was co-editor of the National Review College Guide. His eighth book, Fail U: The False Promise of Higher Education, was published by St. Martin’s Press in 2016.

He also is the founder and editor-in-chief of the website Right Wisconsin, an online platform for conservative writers and thinkers. As a senior fellow at the Wisconsin Policy Research Institute, he also is the editor is the group’s magazine, Wisconsin Interest.

He lives in Mequon with his wife and two dogs. He has three children and two grandchildren.

At Madison, Wagner is associate professor and Louis A. Maier Faculty Fellow in the School of Journalism & Mass Communication and directs the Physiology and Communication Effects (PACE) Lab. He also is affiliated with the Department of Political Science. He earned his Ph.D. from Indiana University in 2006 and studies how different elements of the information environment interact with social and individual-level factors to affect people’s preferences, partisanship and political behaviors.

Wagner has published his research in books such as Political Behavior of the American Electorate (2014, CQ Press, with William Flanigan, Nancy Zingale and Elizabeth Theiss-Morse) and in journals such as Journalism and Communication Monographs, Annual Review of Political Science,

With Ted Carmines and Mike Ensley, he is completing a book called Beyond the Left-Right Divide: How the Multidimensional Character of Mass Policy Preferences Affects American Politics (University of Chicago Press). He also is a regular contributor to PBS’ MediaShift. A winner of multiple classroom awards, Wagner teaches courses in political communication, political behavior, the physiology of communication effects and journalism. He can be found on Twitter @prowag. He has worked as a political reporter and news anchor at 1470 WMBD/CBS-31 in Peoria and 1110 KFAB in Omaha.

Lyke has been publisher of The Ripon Commonwealth Pres since 1990. Previously, he had been editor of Skyway News/Freeway News in the Twin Cities, and was assistant managing editor of the Minnesota Daily at the University of Minnesota-Twin Cities.

As publisher of Ripon’s newspaper, he oversees editorial, advertising, production and distribution operations. Under his leadership, the newspaper’s staff has beaten 187 other Wisconsin weeklies to earn the Commonwealth the title of “Best Weekly Newspaper in Wisconsin” for each of the past five years. This is an unprecedented run in the Wisconsin Newspaper Association’s Better Newspaper Contest.

Lyke lives in Ripon, his hometown, with his wife, Mary, and three children. 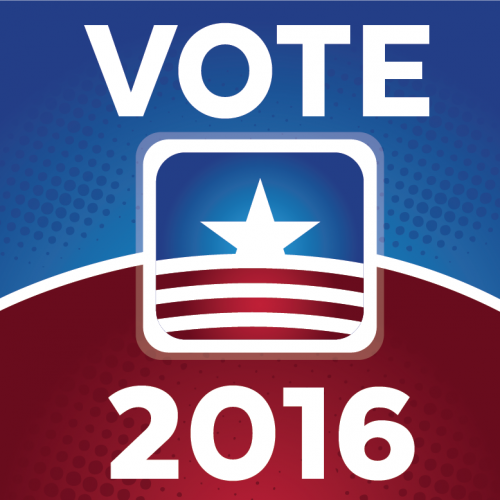