“The Current State of Nuclear Nonproliferation” will be the subject of a talk Wednesday, Oct. 12, sponsored by the Center for Politics and the People at Ripon College.

Kathryn Schultz ’89 will speak at 4:15 p.m. in Kresge Little Theatre, East Hall, on the campus. The event is free and open to the public. Her talk will be available live on YouTube.

Schultz is senior advisor in the State Department’s Bureau of International Security and Nonproliferation (ISN) on nonproliferation and security issues as they affect South and Central Asia. She also serves as the South and Central Asia team leader in ISN’s Office of Regional Affairs. She has 26 years of professional experience in Washington on nonproliferation, disarmament and security issues, of which 16 have been focused on South Asia. As such, she develops and implements policies to promote strategic stability and to foster a stronger nonproliferation partnership with India and Pakistan. Schultz previously served in the U.S. Arms Control and Disarmament Agency, before its merger into the State Department in 1999.

Prior to joining government, she served as senior research analyst at the nonprofit Center for Defense Information and as a Herbert Scoville Jr. Peace Fellow at the British American Security Information Council, in Washington, D.C. She wrote extensively on nuclear disarmament, proliferation, ballistic missile defenses, and European security issues, and produced programs for CDI’s weekly television program, America’s Defense Monitor, winning two national film awards. She is a 1989 graduate of Ripon College, where she majored in politics and government and minored in music. She is an avid singer, involved with four choirs in the Washington area, including serving as founder and director of the State Department’s own choral ensemble. 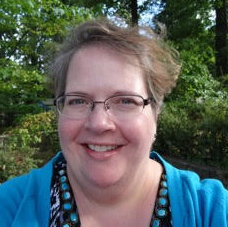