“Reforming U.S. Immigration Policy” will be a panel discussion presented Oct. 25 on the Ripon College campus. The discussion will begin at 6 p.m. in Todd Wehr 104. It is sponsored by the Center for Politics and the People, and all are welcome to attend.

The panelists will be Marisa Leza a bilingual admission advisor at the University of Wisconsin-Green Bay and a member of Voces de la Frontera, a nonprofit organization advocating for immigrant rights; Huma Ahsan, attorney and founder of Madison Immigration Law; and John Holevoet, director of government affairs at the Wisconsin Dairy Business Association.

They will discuss current U.S. immigration policy and proposals for reform, including an examination of the economic and cultural impact of immigrants, family-based vs. employment-based immigration, and the status of undocumented immigrants.

Leza was born in Saltillo, Coahuila, Mexico, but grew up in Green Bay. Voces de la Frontera is a community organization led by low-wage workers, immigrants and youths who seek to protect and expand civil rights and workers’ rights through leadership development, community organizing and empowerment.

Their campaigns on civil rights and social justice issues have mobilized thousands to take collective action — and their members have become leaders in community organizing. Their campaigns include legalization with a path to citizenship and the New Sanctuary Movement and deportation defense.

Ahsan founded Madison Immigration Law. Born to immigrant parents as a first-generation Indian American, Ahsan witnessed the firsthand effects of our immigration policies and felt the consequences of the ongoing changes in the laws.

Born to educated professionals forced to find opportunities in the United States not available in their home country, Ahsan was taught to appreciate her American citizenship at an early age. Years later, she would again experience the frustration of the immigration process as she worked through a J-1 visa waiver with her husband.

Ahsan practices general immigration law with an emphasis on professionals in the medical, education and technology fields, as well as family immigration and naturalization and citizenship issues.

Holevoet is the director of government affairs at the Dairy Business Association, a nonprofit organization representing the state’s dairy community. About 40 percent of all employees on dairy farms are immigrants, and dairy farmers face significant struggles in finding and retaining workers because of the demands of the job. 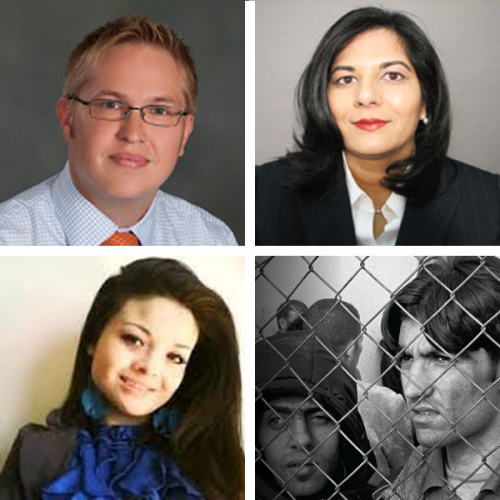