Lt. General Michael A. Flynn, a former director of the Defense Intelligence Agency, spoke yesterday, Nov. 21, to a standing-room only crowd in Ripon College’s Great Hall.

Flynn has been selected by President-Elect Donald Trump to serve as his national security advisor. While he has not yet publicly accepted the position, Flynn is serving as the vice-chair for Trump’s transition team and is assembling the next president’s national security team.

Flynn has more than 33 years of service in the U.S. military, culminating as the nation’s highest serving military intelligence officer. He currently serves as a principal advisor to Act for America.

Flynn’s book, “The Field of Fight: How We Can Win the Global War Against Radical Islam and Its Allies,” was a best-seller. He holds three master’s degrees and two honorary doctorates, and has received numerous awards and decorations.

Please use the links below to view content published by various media who attended the event:

YouTube Livestream
You can view an archive of Flynn’s speech in its entirety here: http://ripon.edu/live-events 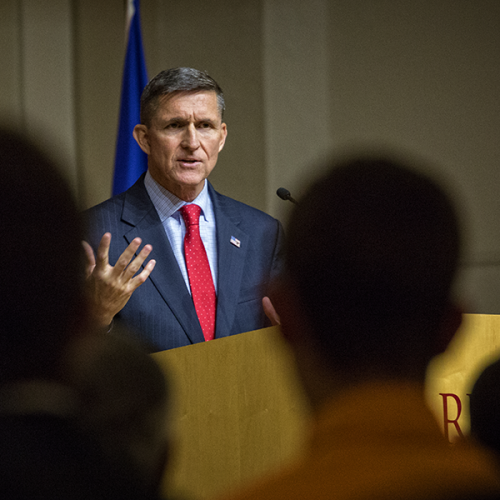