The Ripon College Ethics Bowl Team was the overall points champion at the 11th Annual Upper Midwest Regional Ethics Bowl at Harper College this past weekend.

The team earned a spot in the National Ethics Bowl held in association with the Association of Practical and Professional Ethics Annual Conference in Dallas, Texas, in February 2017 for the fifth year in a row. Overall, Ripon placed fourth among the 26 schools participating. 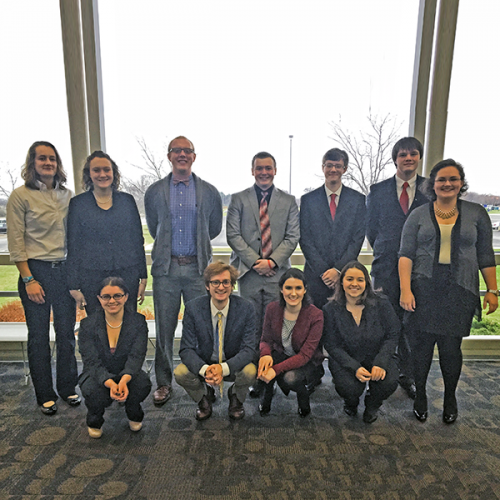