Foundation director assists others in ‘making a difference’

As the new executive director of the J. J. Keller Foundation, Heidi Foster Dusek ’02 of New London, Wisconsin, is “building relationships and connecting others to help make a difference,” she says.

The foundation supports hundreds of nonprofits that impact the lives of thousands of people in the communities they serve, Dusek says. Created in 1990 by Jack Keller as a birthday present to his wife, Ethel, the J. J. Keller Foundation strives to combat issues of poverty as well as mental illness in the Green Bay, Fox Valley and Oshkosh areas. The foundation recently reached a milestone of $50 million in giving to numerous organizations and celebrated 25 years of work. The foundation will grant nearly $4 million in 2017.

Dusek started her career as a teacher in Chicago’s public schools, after participating Urban Education program at Ripon. After four years of teaching, Dusek decided to return to Wisconsin. “As I prepared to move back to Wisconsin, I began exploring jobs that provided me the opportunity to utilize my teaching skills in a less structured format, while still making an impact in the community,” Dusek says.

She became a health educator for the Winnebago County Public Health Department, with a focus on prevention, especially tobacco prevention. She managed and applied for both state and federal grants, paving the way for future careers in philanthropy. Dusek worked as a health educator for 2½ years, then spent five years working for the UW-Extension program in Outagamie County.

All of this background will benefit her work at the J.J. Keller Foundation. “As the staff member for the foundation, I am sometimes the voice of nonprofits, sharing the gaps in resources and strategizing ways to address complex community problems,” Dusek says. “In addition, it’s having the ability to evaluate the infrastructure of the nonprofit to know if a grant to the nonprofit organization is a sound investment in the community.”

One of the most difficult things about her new role, Dusek says, is motivating others to continuously strive for improvement, not just during times of emergency. “Oftentimes, we see the community rally together when an urgent need arises and help turn things in the right direction,” she says. “The challenge is keeping things in the right direction, to overcome complacency and continue to engage individuals and organizations even when things seem good.”

Dusek is aware of this struggle, but strives to remain a focused, continuing force for change. “The J. J. Keller Foundation perpetuates the legacy of Jack and Ethel Keller,” she says. “I am standing on the shoulders of giants. As a major giving partner in the greater Fox Valley region, it’s critical we understand the intentions of Jack and Ethel and be good stewards of the funds in a way that perpetuates their legacy. In the short term, the goal is to keep the ship headed in the right direction. Poverty and mental illness are not small projects; they are complex community issues with many facets to consider.” 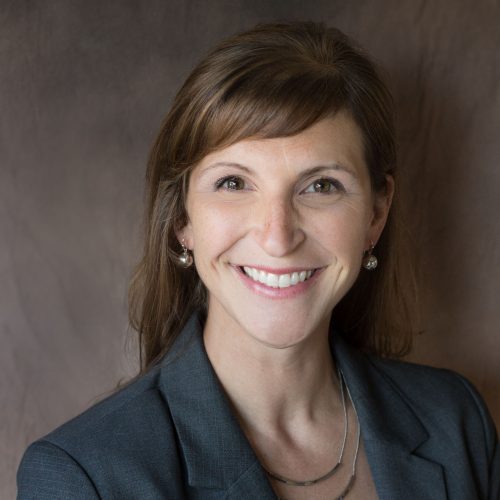