Chicago trumpeter Marquis Hill and his group Blacktet will be the guest artists at the Friday, Jan. 20, Chamber Music and Jazz at Ripon Series at Ripon College. The concert will begin at 7:30 p.m. in Demmer Recital Hall, C.J. Rodman Center for the Arts.

In 2014, Hill won first place in the Thelonious Monk International Competition, the industry’s most prestigious prize for young jazz musicians. This led to the latest album by his group, The Way We Play (2016) with Concord Records. The album has appeared on a number of “Best of 2016” lists.

He soon leaves to tour Europe with Marcus Miller. Learn more at his website.

The Blacktet most often features a vibes-based rhythm section, but for the Ripon performance there will be a Fender-Rhodes-based section instead. Other members of the band include Josh Johnson, alto sax; James Francies, Fender Rhodes piano; Jeremiah Hunt, bass; and Makaya McCraven, drums. 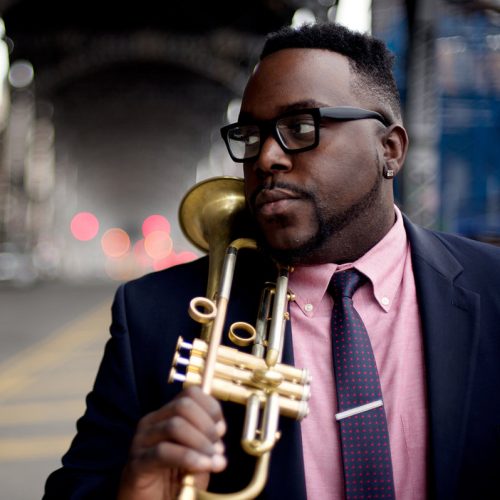