Alumni Memories: Presidents and the political issues of their day

Benjamin Franklin, one of our founding fathers, once said: “In this world nothing can be said to be certain, except death and taxes” — and we might add politics of one form or another.

Major political issues topped the headlines during the recent presidential campaign and election, and they continue to dominate. In the Winter 2017 edition of Ripon Magazine, we asked alumni share who was the president or presidents during their four years at Ripon, and what were the major political issues they faced. We received a number of really interesting submissions, many of which were included in the print edition. Below are a few alumni memories we didn’t have room to print.

Please stay tuned later this spring for the next opportunity to contribute to our alumni memories feature. 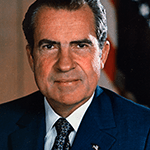 The president was Nixon. The biggest political issue was the Vietnam War. 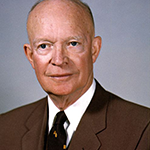 Eisenhower was president. There was always a concern about the USSR. 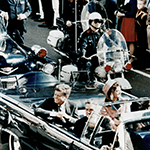 JFK was president. The biggest political issue was his assassination.

I was sitting in a classroom at Ripon College when John F. Kennedy was assassinated in Dallas.  Classes ended for the day, and many of us left school for home for a few days. My initials at the time were JFK, so I faced newspaper headlines announcing, JFK Assassinated! It was a horrible time in our country. -Jane Keenan Belcore ’66, Evanston, Illinois

John F. Kennedy was president. He was assassinated while Ripon was in session. I had finished classes and was heading to work downtown Ripon at Arthur’s Men Store. I passed the college infirmary building when a student in the infirmary yelled out the window that President Kennedy was assassinated. I was shocked, as were my classmates. We followed the news in the dorms and dinner on campus that night. I believe everyone attending Ripon knew exactly where they were when they hear “Kennedy was killed.” -John Hyde ’65, Pensacola, Florida
As I walked from Tri-dorms to an afternoon class, I heard someone behind me say “Kennedy has been shot!” At first, I thought that a friend and pledge sister, Pat Kennedy, had been shot.  President Kennedy was assassinated on the Friday before Thanksgiving. That night, we learned that Ripon’s President, Fred Pinkham, cancelled school for the entire Thanksgiving week. This was a profound time in our lives. The world changed that day … -Suzan Helgerson Pruiett ’66, Tampa, Florida 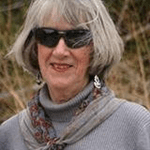 JFK was president. The biggest political issue was his assassination.

I was a senior at Ripon in 1963. On Nov. 22, when in a Farr Hall biology class, I overheard someone out in the hallway l saying that JFK had been assassinated. The next day, a Saturday, I rode home to Woodstock, Illinois, on the train for Thanksgiving vacation. Everything was gray. I can still see and feel the sadness everyone shared. Then, during the vacation, the funeral parade was on TV. I remember the black casket on a black wagon drawn by black horses walking down Pennsylvania Avenue. A single black horse with boots backward in the stirrups was lead behind the wagon. -J’Ann Wrede ’64, Boerne, Texas 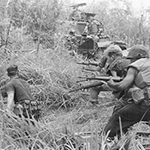 The president was Richard Nixon. Biggest political issue was the Vietnam War. 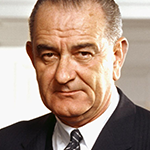 Lyndon B. Johnson was president. The biggest political issue was the Vietnam War.

1964-1968 was LBJ, and starting in January 1969 to May when I graduated was Richard Nixon. The biggest political issue was the Vietnam War.
-John Pickerel ’68, Mesa, Arizona

Kennedy and LBJ were presidents. The biggest political issue was civil rights. 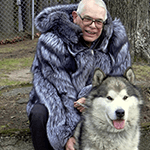 When I was at Ripon (1961-65), the presidents were John F. Kennedy and Lyndon B. Johnson.  The biggest political issue by far was civil rights.

In 1964, Alabama Gov. George Wallace ran for the Democratic nomination. I remember going with a group of students led by College Chaplin Jerome Thompson to picket when he spoke in Oshkosh. When the time came for him to speak, we went in and listened respectfully to what he had to say. I don’t remember now if he mentioned civil rights or avoided the issue entirely. -Steve Peters ’65, Marquette Michigan 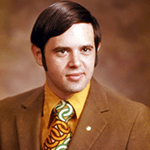 “Who was the president when we were at Ripon?”  Hmmm, this will take a bit of thinking. I was not into politics back then. I mean, I did know who the president was at the time, but trying to pin one guy to a specific point in my life is not something I can do without turning to some reference. Let’s see, what can I think of? The summer after graduation from Ripon, Earl Gubbins ’74 invited me to join him and his grandmother for a trip to her cabin. From the Chicago area, they picked me up as they passed near Milwaukee and we headed off to Minnesota. All I knew was we were “somewhere” in Minnesota — it was far out in the middle of nowhere. For the first few days we were chasing mice out of the cupboards. Swimming was in a lake (more like a large pond) that had lots of leaches. We did not have a TV or even a radio. Just some quiet time out with nature. After a number of days in the woods, we headed into town for some groceries. The car radio was talking about the new president. WHAT?!?  Listening a bit more and getting more of the story at the stores, we found out that while we were out in the woods the president had resigned. Oh, yeah, that’s it!  The president while we were at Ripon was Nixon! Some people may say that it was a week to clear out unwanted rodents. -Mike Snyder ’74, Rochester, Minnesota 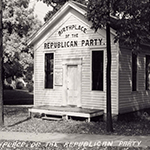 I graduated from Ripon in 1957, and I believe that Dwight Eisenhower was president. If memory serves me correctly, the big issues and fear were involved with the spread of communism and the cold war.

One of my memories of Ripon was of the torch-lit parade we had in 1954 to commemorate and the honoring of the school house where the Republican party was founded. -Joan Anderson Bachus ’57, Penn Valley, California 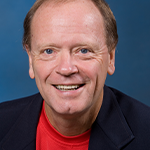 I came to Ripon in 1970 straight out of grad school at age 26 and retired from the faculty in 2013. So my presidents were Nixon, Ford, Carter, Reagan, Bush 1, Clinton, Bush 2 and Obama. I created the Leadership Studies Program in 1980, the same year that Reagan was first elected, and did a thing on Public Radio’s “All Things Considered” program about his presidency. -Jack Christ, emeritus professor and director of Leadership Studies, Ripon College; executive director of the Wisconsin Leadership Institute, Ripon, Wisconsin 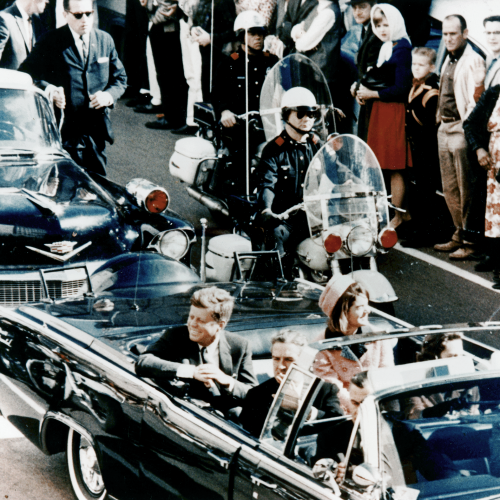