“Combining Fundamental and Technical Inputs in a GARP Strategy,” an interview with Peter Tuz ’76, of Charlottesville, Virginia, and others was published on twst.com on Jan. 27, 2017. Tuz, a chartered financial analyst, is president, director, senior security analyst and portfolio manager for the Chase Growth and Chase Mid-Cap Growth Funds at Chase Investment Counsel Corp.

He is a Ripon College trustee and a member of the board’s investment committee. 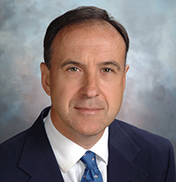