“Al Jarreau loved Ripon College, and Ripon College loved Al Jarreau,” said President Zach Messitte. “All of us at his alma mater are deeply saddened by his passing and express our sympathies to his family, friends and fans around the world.”

Jarreau attended Ripon College from 1958-1962. As a high school student from Milwaukee, Wisconsin, he attended the American Legion’s mock-government, Badger Boys State program at Ripon College and served as governor. He majored in psychology at Ripon, and played basketball under the College’s legendary coach K.G. “Doc” Weiske ’50. He also performed locally with a vocal group called the Indigos, featuring fellow Ripon students. At one time or another the Indigos included Thomas “Duffy” Ashley-Farrand ’62, Peter Bock ’62, Donna Oberholtzer ’63, Gail Jensen ’63 and Ann Hassler Wyatt ’65. He earned a master’s in vocational rehabilitation from the University of Iowa.

From 1964-1968, Jarreau worked in San Francisco as a rehabilitation counselor for war veterans, but he never lost his passion for music. He found himself performing at a small jazz club with a trio headed by George Duke and playing small clubs along the West Coast. Jarreau later branched out to New York City and gained national television exposure on “The Tonight Show” with Johnny Carson and “The Merv Griffin Show.”

He released his first album in 1965, but then took a 10-year break from recording before earning his first record deal at age 35. His 1975 release, We Got By, was his first for Warner Bros. Records. During the next two decades, Jarreau would release almost one album each year. Career highlights include 1981’s Breakin’ Away, which went platinum thanks to the hit single “We’re in This Love Together” and the popular theme song from the 1980s TV show Moonlighting.

Ripon College presented Jarreau with an honorary doctorate of fine arts at its commencement ceremony in 1988, along with fellow alumni opera singer Gail Dobish ’76 and actress Frances Lee McCain ’66.

Jarreau was renowned for his ability to sing many styles, including scat singing and taking on the character of guitar and percussion, all with his versatile and soulful voice. Jarreau has topped the music sales charts with more than 20 albums. He is the only vocalist in history to have Grammy Awards in the three categories (jazz, pop and R&B). Jarreau received a star on the Hollywood Walk of Fame in 2001.

Last April, Jarreau performed at the White House as part the International Jazz Day All-Star Global Concert. In October, he received the 2016 Lifetime Achievement Award from the Wisconsin Foundation for School Music. “Jarreau’s unique vocal style is one of the world’s most precious treasures,” the foundation said. “His innovative musical expressions have made him one of the most exciting and critically-acclaimed performers of our time with seven Grammy Awards, scores of international music awards and popular accolades worldwide.”

Jarreau’s publicist announced Wednesday that the singer was retiring from touring after more than 50 years on the road.

Jarreau is survived by his wife, Susan Player Jarreau; his son Ryan; two brothers, Marshall and Appie; and a sister, Rose Marie Freeman.

For a retrospective album of photos of Jarreau at Ripon College, visit our facebook page. 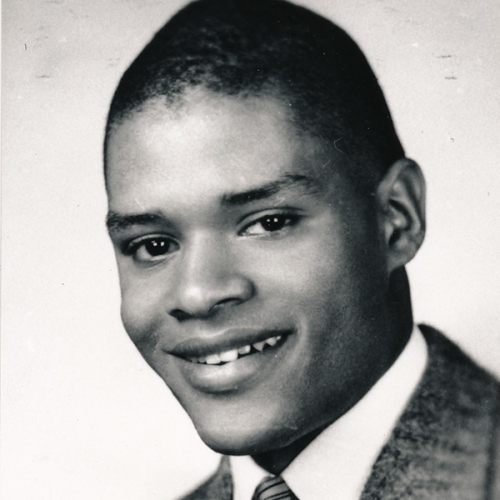