Changing the way that society and her discipline treat autistic people is the goal of Rachel Stanley ’17 of Waukesha, Wisconsin. Stanley, a psychology major and an autistic woman, is focusing both of her senior projects on the experiences or treatments of autistic people.

Her first project focused on the impact of the “autistic” label and whether it opened people up to stigma. Stanley began by designing a character, a girl named Alex, and gave four written scenarios, where she is either labeled as autistic or not, and where she either engages in autistic behaviors or not. Through an online survey, 370 people were randomly assigned to one of the four scenarios and asked to rate Alex on likability and whether they would be friends, roommates or and/or coworkers with her as labeled and described.

Stanley found that people tended to rate Alex more favorably when labeled, although this may be due to many of the participants being autistic, she says. At the same time, when Alex exhibited autistic behaviors, labeled or unlabeled, she was rated less favorably than without the behaviors.

Stanley found that those who had prior experience with autism rated Alex higher when labeled or expressing behaviors. Stanley presented this information in a 25-minute presentation, discussing the background research she used to develop her study, as well as her methods, findings and implications for future research.

“There are a lot of problems with psychology in general,” Stanley says. “Autism is generally very medicalized and portrayed as a disease even more so than other disorders. Autistic people are depersonalized in literature; no one asks autistic people about their experiences,” she says.

After graduation, Stanley aspires to go into clinical psychology, researching autism and working to change the way psychology perceives and treats autistic people.

“Inquiry into the educational implications of voting practices of young adults in U.S. mid-term elections,” a paper co-written by Matthew Knoester, associate professor of educational […]

We celebrate the Class of 2021, what they have achieved during their years at Ripon and what they hope to achieve in the next chapter […] 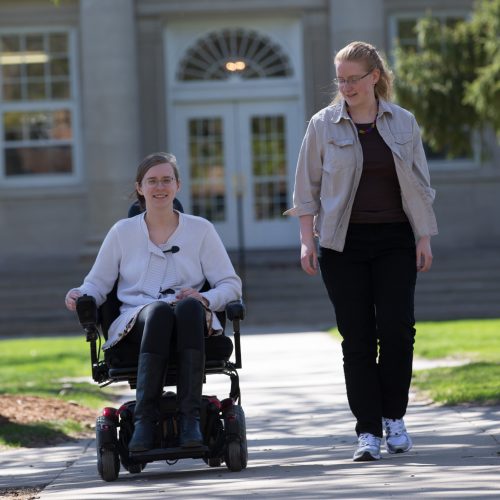