Cellist to play selections, discuss her instrument on Sunday, April 2

Laura Deming, a cellist with Chicago’s Lyric Opera for 41 years, and director of the Green Lake Festival of Music, will present a short program called “The Voice of the Cello” on Sunday, April 2. The program will begin at 3:15 p.m. at 314: Ripon College Project Space in downtown Ripon.

Deming will play a few weeks, and then she will be interviewed about the connections between the cello and the human voice by John Hughes, assistant professor of music and director of choral activities at Ripon College.

Deming is the founder and artistic director emerita of the Pine Mountain Music Festival. She has played principal cello with Michigan Opera Theatre in Detroit, conducted the Northern Michigan University Orchestra and Upper Peninsula Youth Orchestra, and conducted ensembles at Cardinal Stritch University where she was the founding cellist of the Clarus Piano Trio.

She has performed chamber music throughout the Midwest and at the Sanibel Festival in Florida, and collaborated with the Bergonzi String Quartet in Schubert’s C Major String Quintet. She also performed in the piano trio for Second City Guide to the Opera, a collaboration between Lyric Opera of Chicago and Second City. 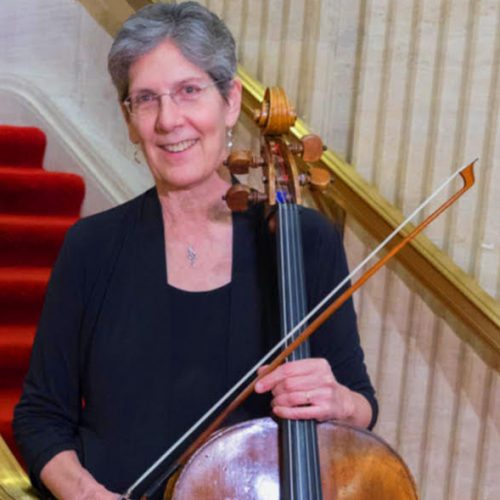