The first Rally Awards sports recognition event was held May 2 as a spinoff of the ESPYs awards. Winona Holmes Robbins ’17 of Birmingham, Alabama,senior swimmer and president of Ripon’s Student-Athlete Leadership Team (SALT), was the master of ceremonies for the event.

Also recognized for their achievements were: 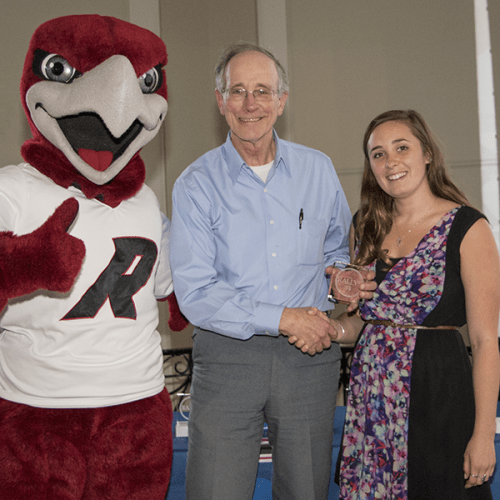