Ken Luber ’60 of Idyllwild, California, a screenwriter, published poet, novelist and writer of “Esperanza the Musical of Hope,” continues his passion for storytelling with two new stories: “The Sun Jumpers” and “Falling from the Sky.”

“The Sun Jumpers,” Luber’s most recently published, award-winning work, tells the story of four teenagers from a fictional ancient society known as the Kishoki. Through a magical happenstance, the four wake up in present-day Los Angeles and meet Darren, a young man living in his father’s shadow. Together, they form an odd friendship despite their differences. The story has comedy, but also tackles serious topics, such as racial bias. The Kishoki are a dark-skinned people, and face discrimination in the story.

Luber wanted race to be an important theme for several reasons. First, he has witnessed racial tension and wanted to bring it to light. Second, he wanted to promote a positive story for youths of all races. “When we look at people in television and the movies, there are more black characters emerging, but they’re mostly adults. There’s not much where dark-skinned teenagers do something heroic,” Luber says.

Luber was inspired to write the story three years ago by a picture of an ancient civilization. He was fascinated and found himself asking what life was like for young people in the past. As the characters interact, Luber shows that while some aspects of life today are very different, other parts have not changed.

Contrasting the past and present also is the theme in “Falling from the Sky.” The story follows Billy, a modern teenage boy who finds himself in ancient Scotland. The story is not yet published, but Luber has been editing and posting chapters to his blog. Posting the story online has been interesting, he says. “I’ve liked the experience so far; it gives me a chance to look at each chapter before I put it online,” he says. “Every writer wants a second chance.”

To Luber, time travel is an interesting premise in many ways. “My imagination loosens up, and I look at modern problems through a different lens,” he explains. “And I can juxtapose both time periods. I like that part.”

In these stories, Luber also demonstrates that no matter our differences, people can come together. His characters are brought together by a common human bond. “We’re all family. That’s why they can become friends,” he says. “No matter if it’s 10,000 years ago or now, everyone is part of that same human continuum.”

At the time of this writing, Luber still is updating “Falling From the Sky” on his blog, and working to promote “The Sun Jumpers,” which has been receiving positive reviews from professional book reviewers and readers. He also continues to write new material, including a play and a children’s book.
Luber’s love of writing is as strong as ever. “If you come in really liking a story and it captures your imagination, it will capture the reader’s imagination,” he says. “That’s what you hope for. You get excited about it.”

A video trailer can be seen here. 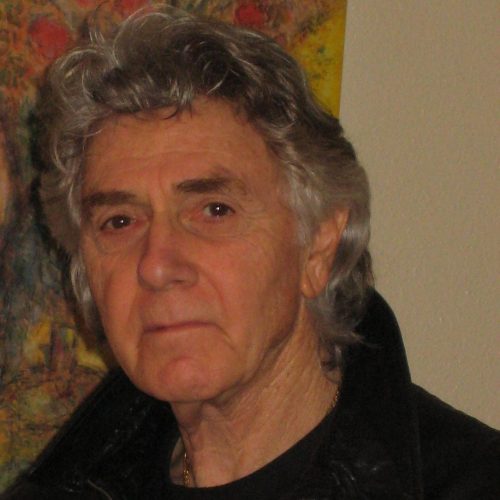