Samuel B. Sondalle ’11 of New Haven, Connecticut, had a preview of a paper published in Cell, the most prestigious scientific journal in the area of molecular biology. It was co-written with Susan J. Baserga, Sondalle’s adviser at the Yale University School of Medicine.

Sondalle now is an M.D./Ph.D. candidate in the Department of Genetics at Yale. His research was recognized in Yale Alumni Magazine:

“A father from the Netherlands trying to understand his teenage son’s profound learning disabilities has led a group including Yale scientists to an important discovery about our cells’ protein factories. Several years ago, Marc Pieterse talked to Yale molecular biologist Susan Baserga ’80, ’88MD/Ph.D., about whether his son Vincent’s developmental problems might be linked to a mutation in the ribosome-Baserga’s lab’s specialty. Graduate student Sam Sondalle became a detective in the case. In the March issue of the American Journal of Human Genetics, he showed that the defect was linked to a mutation in the ribosomal protein US12. “I hope in the long run many patients will benefit from this work,” says Pieterse. 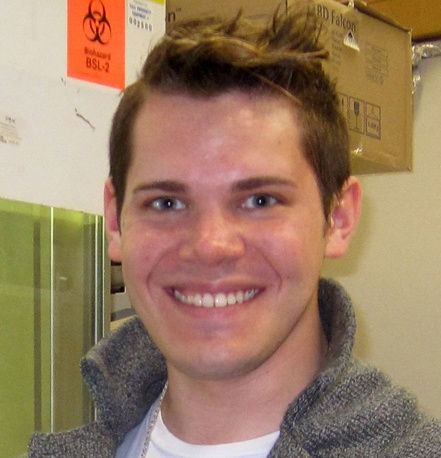