After 82 successful years in the entertainment business, David Mirisch ’59 looks back on his life in his recently published autobiography The Man with The Gold Rolex — PR to the Stars.

Mirsch has been close to the entertainment business since birth. His father, Irving Mirisch, was one of the Mirisch brothers, owners of The Mirisch Film Co., which produced many classic films such as Fiddler on The Roof and West Side Story. At the same time, Mirisch and his cousins were kept off the film set and encouraged to take their own paths. For Mirisch, this lead to a career in public relations, working with celebrities and later, nonprofits.

Working on his autobiography prompted Mirisch to recall some of the fondest moments in his life. Many of those moments were spent at Ripon College. “I had great years at Ripon College,” Mirisch says, “some of the best years of my life. I was able to bring forth my leadership qualities at Ripon. I was very, very active in college.”

At Ripon, Mirisch served as president of the Student Union Board, was on the tennis and bowling team and served as a head cheerleader. Mirisch was also a member of the Theta Chi fraternity and helped organize a trip to Mexico.

“I loved my days at Ripon College,” he says. “It was very good for me because prior to Ripon I’d gone to the University of Colorado, and I didn’t do too well — the school was very big. I went from not doing very well to making Dean’s List at Ripon College!”

After graduating from Ripon, Mirisch worked as a press agent before founding David Mirisch Enterprises, a public relations agency that became very successful. Over the course of his career, Mirisch has worked with more than 500 actors, actresses and performers such as Leonard Nimoy, Merv Griffin, Johnny Mathis, Pat Boone, Perry Como and Peter Sellers, as well as his discovery of Farrah Fawcett.

The PR industry offered unique challenges that Mirisch enjoyed tackling. “The more famous clients like Omar Sharif or Peter Sellers, those were established stars when I took them over, so my job was to continue to make them well-known in the eyes of the American public through radio television, newspaper and personal appearances,” he says. “With lesser-known performers, the challenge was to get them interviews and appearances, and find good angles for the media to latch onto. The most fun part, I think, is the challenge of going out and getting good interviews.”

“I’m still doing this today,” he says. “I love working, I love what I do. What I enjoy most is being able to work with an organization that can benefit from my expertise to help give them new ideas to raise money.”

Mirisch’s skills with communicating, mediating and organization have made him such a success in the PR and event organization business. “I’m very, very thorough,” he says. “If I sit down and work with a nonprofit, I go through everything that has to be done from A to Z.”

After years of working with celebrities and traveling the world, Mirisch’s friend and co-writer of “The Doris Day Companion,” Pierre Patrick, offered to help Mirish write a biography. Mirisch, who had been contemplating the idea for many years, agreed. “The book is not a spicy book, it’s really my life story from when I was born in Gettysburg to where I am today,” Mirisch says. “I was trying to capture my days from high school, college and traveling around the world doing these fund-raising events today.”

Mirisch was not motivated by fame, but by family to work on the book. “I don’t really expect this to be a best-seller,” he says. ” want it to be a legacy for my children, my grandchildren.” Despite this, this book also has piqued interest among Mirisch’s friends and clients, who looked forward to the release.

More about Mirisch can be found on his web site. 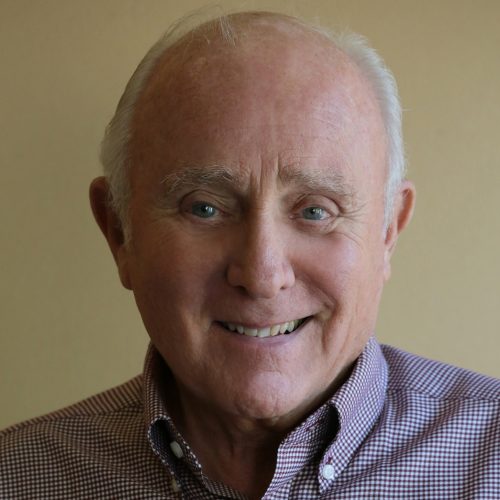