When Nicole Malli ’15 applied for George Washington University’s Anthropology and International Development master’s program, she stood out. Because of her leadership experience and impressive résumé, her soon-to-be professor immediately knew he wanted her to work on his project.

The African Slave Wrecks Project, according to its website it is “an international collaboration between the George Washington University, the National Park Service Submerged Resources Center, the Smithsonian Institution National Museum of African American History and Culture, the IZIKO Museums of South Africa, the South African Heritage Resources Agency, and Diving with a Purpose.”

The project was launched in 2008 to locate missing artifacts from wrecked slave ships that were lost on the voyage to America. Malli has been working on the African Slave Wrecks Project as an international project manager since coming to George Washington in the fall of 2015. Now that she has graduated, Malli has been given a position with more responsibility.

“What I like most (about my job) is I get to work with people all over the world and I get to travel, which is amazing,” Malli says. She has traveled, or will be traveling, to South Africa, Mozambique, Cuba and Portugal. She expands connections and builds working relationships with other governments.

“It’s a little bit of diplomatic relations,” she says. “I get to meet with a lot of ambassadors and diplomats.”

She says that every day at her job is a little different: “My day can look anything like working on an Ambassador’s Fund Grant for the State Department to begging an embassy to help me get project researchers across borders during the field season.”

Malli recognizes how important this work is for her career. “This is a short-term job,” she says. “I’m trying to get a job in the state department as a cultural analyst. This is short-term, but it’s still in my field. (Working on this project helps me) to understand what development work is on the ground.”

Much of her success Malli attributes to Ripon College. She says that serving as a campus leader made it easy for her to take on a leadership role with the African Slave Wrecks Project. “I know how to run a productive meeting because I already had those experiences at Ripon,” she says. “People my age aren’t used to taking an initiative or leading. I already had faculty and staff listening to what I had to stay and making me feel like I am important. When I started my job, I already had that confidence that I knew what I (was) doing.”

Her work on the African Slave Wrecks Project continues with a trip to South Africa at the end of June. The work may potentially expand into other aspects of the slave trade. 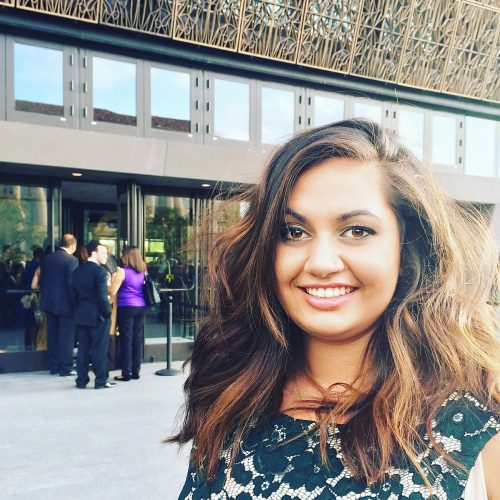