Kurt Dietrich, professor of music and the Barbara Baldwin De Frees Chair in the Performing Arts, played a solo during a July 3 concert of the Wisconsin Symphonic Winds. The outdoor concert on the grounds of Ripon College, was part of the Green Lake Festival of Music.

Accompanied by the group, Dietrich performed the solo Thoughts of Love, by Arthur Pryor (1869-1942), an American composer, trombone virtuoso, and bandleader who came to fame as a soloist with the band of John Philip Sousa.

The Wisconsin Symphonic Winds is now in its 14th season. Dietrich is a charter member and the principal trombonist. 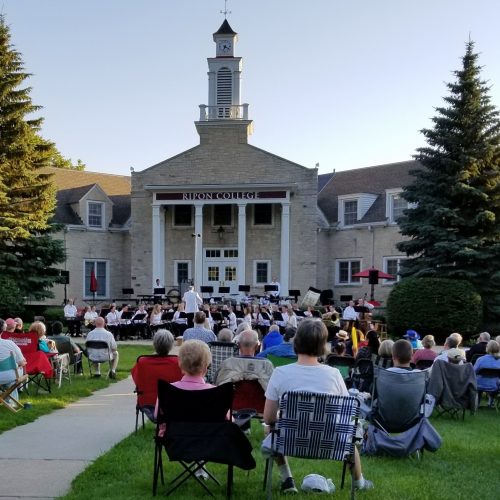