“It was controlled chaos,” says Dr. Robert Wallace, professor of biology, about the decision to publish one paper with 22 scientists from 13 different countries. “Fifteen species in one: deciphering the Brachionus plicatilis species complex (Rotifera, Monogononta) through DNA taxonomy” establishes a protocol for other scientists wishing to study the species barriers in rotifers. It was published in the journal Hydrobiologia.

Wallace has dedicated most of his career to the study of rotifers, a group of microscopic, cylindrical animals about the size of the dot over the letter “i.” Now that he is approaching retirement, he wants to ensure that the next generation is knowledgeable about the subject.

In 2014, Wallace, Dr. Elizabeth Walsh of University of Texas-El Paso, and a few other colleagues put an advertisement in a scientific newsletter calling for scientists to attend a symposium on rotifers.

“… That’s how we ended up with (collaborators from) all over the world,” Wallace says. “Some were known to us prior to the workshop, but others were not. Several who attended just wanted to learn (about the process of species identification and description).”

Wallace estimates that 200 to 250 people in the world study rotifers on a regular basis, and all recognize that there is a need to understand what qualifies as a species when the morphological differences in these tiny animals is so small. Wallace says that study of these microscopic creatures could hold real-life applications.

“In certain countries like Israel, Japan and China, and some (areas) in the United States, there are intensive aquacultural applications to studying rotifers,” he says. “In this case, we are talking about swimming pool-size cultures of algae or yeast that are grown up and then spiked with rotifers. The rotifers then feed on that food and you end up with more of the little beasties than you can count — we are talking about millions and millions. These are used as the first food for fish larvae, whose mouths are too small to eat anything else.”

Wallace’s says his main job with this project was to control the chaos. “Once I saw the chaos was about to hit, I took all the preserved samples and put them on a desk, and a couple of us organized them. Then I sat down and said, ‘You can’t look at a sample until you log it through me.’ ” In this way, the researchers were able to keep the sample code (with its habitat information) linked to the morphological and genetic data that they generated.”

Trying to establish ground rules for the examination of rotifers can be tricky, but Wallace attributes his handling of the situation to his time at Ripon. ”I think my training as a professor at Ripon helped me do that because we are teaching several courses at the same time. You have to be organized or else the whole thing falls apart,” he says.

In 2015, Wallace and his colleagues presented their findings at a conference in the Czech Republic. The electronic version of their work was not published until 2017 because of the time commitment it took to assemble 22 different authors.

Wallace and Walsh already are planning the next international rotifer symposium for June 2018 at the University of Texas-El Paso. 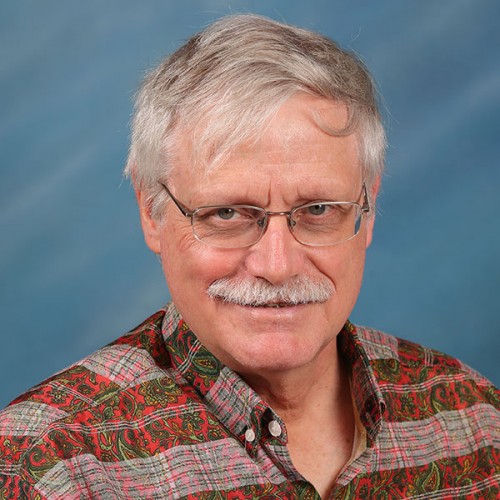