Andrew Limouris ’94 of Glen Ellyn, Illinois, president and CEO of Medix, received the award for the 2017 Ernst and Young Entrepreneur of the Year for the Midwest in June. Medix is an international organization dedicated to workforce solutions and recruiting employees for the science, healthcare and IT industries.

Limouris had always dreamed of starting a business, but, recently married with a well-paying job, he wasn’t prepared to shoulder the risk. That changed in November 2001, when he lost his job. Medix combined his work experience with recruitment, with a demand for medical workers that was not being fulfilled.

“I saw a huge need and read articles about the shortage of medical workers,” he says. “I started to connect the dots between what I knew how to do and this supply and demand issue in the healthcare space.”

Starting Medix was no easy task, Limouris and his wife sold their home and moved in with his wife’s father to save up. Medix started in a small office, with several of the workers being Ripon alumni, such as the late Patrick Blessing ’00, for whom Medix’s Patrick Blessing Core Purpose Award is named.

Though the organization has existed for 16 years, Limouris is especially proud of a shift Medix made in the past five years. “At one point we were trying to just grow revenue and win, and there are certain things that happened through the course of the company that got us to see there’s more to business than just making money,” Limouris says. “The interesting thing is that while focusing on purpose, profits went up. Things happened better with more clarity.”

Limouris reflects on this shift in his upcoming book, “Won With Purpose,” which will be released Sept. 7.

After this revelation, Medix established a double bottom line, two central goals for which the organization strives. “Our number one, make sure we’re profitable, we’re growing revenue and profits,” Limouris says. “And the second bottom line is our investment into philanthropy.”

Medix now values both purpose and profit, engaging in social responsibility in several ways. One is donating to Camp Hometown Heroes, a summer camp for children who lost a parent through service to our country. Medix funds 20 to 30 children’s trip every summer.

They also have launched a 20,000 Kids Program and are engaged with an orphanage in Sierra Leone. Medix helps older orphans, from 16 to 18, develop work skills so they will be able to have hope and an ability to provide for themselves. Currently, Medix is mentoring 16 orphans at 16 of their offices across the country.

Although Limouris was the one who received the award in June, he credits his staff and education as well. He recalled fondly helpful Ripon educators such as Professor of Communication Jody Roy and Head Football Coach Ron Ernst. He also is thankful to all his employees who have helped make Medix what it is today.

“It’s not me. The key is being around like-minded people, as good or better than me,” Limouris says. “They have created us, they created Medix. I got the award, but everyone knew they are the reason our company is successful.”

“EY has been recognizing leading entrepreneurs for over three decades,” said Ryan Butman, Entrepreneur Of The Year Program Director for the Midwest program. “The class of winners in 2017 represents new ways of thinking, disruptive business models and overall dynamism that make this country a great place to do business.”

Since its founding in 1986, the program has expanded to recognize business leaders in over 145 cities in more than 60 countries throughout the world. 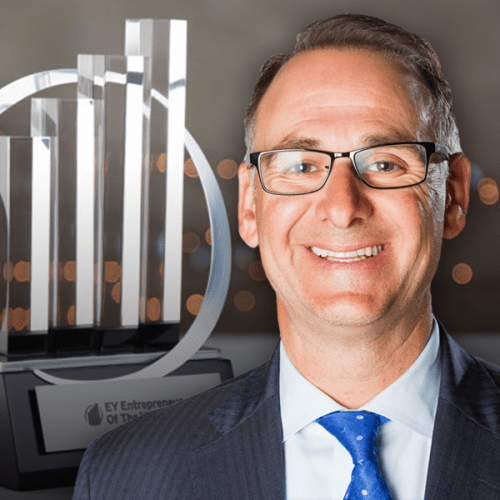