“I’d argue that the key to keeping the U.S. strong is keeping science strong,” says Jeremy Johnson ’12 of State College, Pennsylvania. He is the creator of ScienceNation.us, a website that promotes research, political change and awareness. “We should be a global leader in renewable energy sources, we should continue our incredible medical advances, and we should drive technology innovation in the world,” he says.

Motivated by the recent political attacks on science, Johnson created Science Nation, hoping to encourage political change and to keep people informed. Among these actions is the silencing of many science-based agencies including the Food and Drug Administration (FDA), Environmental Protection Agency (EPA), United States Department of Agriculture (USDA) and the National Park Service, which he says went quiet after the inauguration of President Donald Trump.

“These agencies rely on communication with the public,” he says. “Their silence hurts our citizens. In addition, a bill recently was proposed to abolish the EPA. Whether or not it fails, the support it will receive is disconcerting.

“I have a difficult time understanding why reducing pollution and providing clean water should be a partisan issue,” says Johnson. “I don’t understand how anybody is OK with something like the lead poisoning in Flint, Michigan, or the poisoning of well water in my hometown, Security-Widefield, Colorado. The EPA is integral to preventing future contamination.”

Johnson believes that, unfortunately, science has become a partisan issue among representatives. “Broadly speaking, policies that will help traditional energy sources are politically advantageous for the GOP,” he says. “I hate to be so bluntly political about it, but I think that’s the challenge we face. Attacking science has short-term benefits for the Republicans with potentially catastrophic effects in the long term.”

He hopes to encourage people to hold their representatives responsible for their stances on science. “Speak out, especially if you vote Republican or are affiliated with the GOP. I had the privilege of knowing many intelligent and thoughtful conservative students and faculty members when I attended Ripon. Those folks understood the value of science and heralded its accomplishments for our government, our military and our society,” Johnson says. “Republican voters can send a message to Republican lawmakers that promoting science must not be a partisan issue — that the greatest part of America is how we change the world through the power of science and technology.”

“If we can get a good network of people together, our combination of articles and the Science Report Card will give us leverage to push a bi-partisan policy agenda to make science great again,” Johnson says. “It should be a scalable model, facilitating local, state and federal engagement.”

When it comes to science, it’s everyone’s problem, Johnson says. He encourages everyone to support science and stay politically informed. “Vote. Tweet. Write op-eds. Talk about science over drinks. Call legislators. Visit museums. See a science-based film at the movies. Attend science talks on campus. Phone in on C-SPAN. In short, use the power you have as a citizen of a democracy. Too often we forget just how much a chorus of voices can do.” 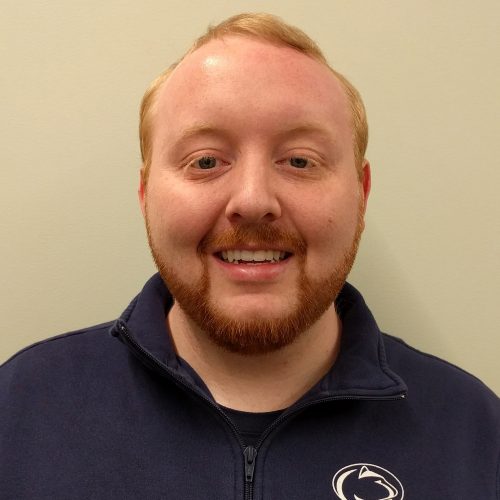