The safety of bluebird nests against the aggressive house sparrow population has been the summer research project of Mariah Stiemsma ’20 of New Berlin, Wisconsin. She has worked alongside Associate Professor of Biology Memuna Khan.

“I think we chose each other,” Khan says. “In both vertebrate zoology and Catalyst (classes), she demonstrated a natural curiosity about the world that is beneficial for budding scientists.”The research Stiemsma has done this summer builds on the continuing research by Khan, studying bluebird nest box habitats in the area. “Eastern bluebirds nest in secondary cavity, meaning they nest in cavities created by other organisms,” Khan says. “Before human involvement, they nested in natural tree cavities and old woodpecker holes, as woodpeckers make a new nest hole each year. Eastern bluebirds took a population nosedive, and in the 1970s nest box trails were used to provide nesting habitat.”

Bluebirds are threatened by house sparrows as they invade eggs from nest boxes put on trails by individuals trying to protect the population — individuals such as Khan. Khan, in collaboration with Dr. Caren Cooper at the North Carolina Museum of Natural Science, have been collecting data on the results of removing blue bird eggs from their nests to protect them from the house sparrow population. There are several techniques to accomplish this; Khan and Cooper focus on the egg removal technique to see if there is an increase in the probability that bluebirds will use that specific nest box during the next breeding season. Cooper also has proposed that replacing bluebird eggs with wooden “dummy” eggs also may work in ensuring the survival of bluebird eggs.

Building off of this research, Stiemsma has been focusing on the behavioral component of the study being done by Khan and Cooper since house sparrows have been known to act with aggression in response to the management techniques attempted by bluebird trail managers.

Stiemsma, under Khan’s guidance, is studying the behavioral response to the two management techniques included in Khan and Cooper’s research. Khan says that Stiemsma is looking at “the birds’ activity at their nest box and two neighboring nest boxes the day before management, the day of management, and the day after management.” Stiemsma is conducting this research with the boxes located on the Ripon College Bluebird Trail and the Ripon Dog Park.

Stiemsma says that this research has opened her eyes in terms of what she can do in the field and hopes to leave a lasting impact on the project.

“Doctor Cooper has citizen science going on all over the United States,” Stiemsma says. “Up to this point, no one has really looked at (whether) these techniques are really the most effective ways to deal with this problem. So if I, as a young researcher, can come up with any suggestions or help her in any way, I’ll have impacted a nationwide study — which is pretty great experience for me as a young scientist.” 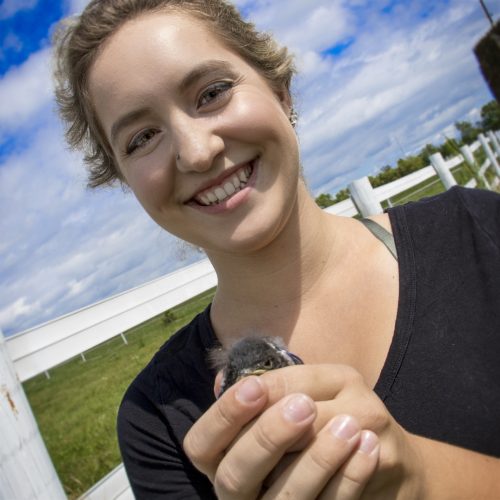