Every fall, a group of Sigma Chis returns to Ripon College to catch up and visit the campus. Having started in 1997, this year’s gathering will be the 21st gathering for the group of men.

“The event first began after the death of a brother, Ken Fedor ’62,” said Dan Behring ’62. “It became clear to us that by not keeping in touch with each other, we were leaving a significant part of our lives to wither.”

Behring has been the main organizer for this event. Focusing mainly on the class of 1962, the group also has included brothers from the classes of 1958 through 1965. Behring says the reunion ranges from 14-35 people depending on the year. Many of the men bring their spouses, many of whom also are Ripon College alumni.

This year’s reunion begins on Friday, Sept. 8, and ends Sunday, Sept. 10. During these three days, the men and their spouses have several activities planned, including tours of campus, a pontoon ride on Green Lake, meeting with active brothers, lunch with President Zach Messitte and, of course, meals where everyone can catch up with each other.

“Old stories and new stories shared make for much laughter and joy,” Behring says. “We are often entertainment for other guests.”

Behring says that it’s important to make time for this gathering every year. “We celebrate our lives as they progress and end within the context of a special college experience fostered by the culture of the Sigma Chi fraternity, which was a place where the values of a liberal arts education were valued and practiced. We (all) share a meaningful experience.” 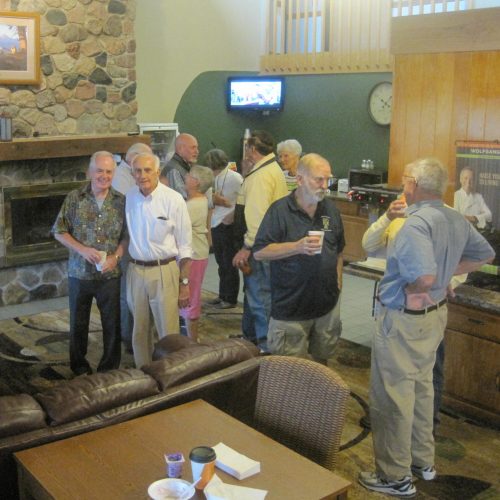