“Civil Rights at Ripon in the 1960s and Today,” a panel discussion about Ripon College’s conflicted involvement in the civil rights movement of the 1960s, will begin at 4:30 p.m. Oct. 23 in Kresge Little Theatre, East Hall, on the campus.

The presentation is co-sponsored by the Center for Politics and the People, and the Center for Diversity and Inclusion. A reception will follow in Wensink Lounge.

Yerkey was one of three Ripon students who traveled to Alabama with College Chaplain Jerry Thompson in the spring of 1965 as self-professed “outside agitators” to participate in the Selma-to-Montgomery voting rights march. Schwarz was president of the Student Senate which voted to allocate school funds for the trip, prompting protests among many students who saw racial discrimination in the South as none of their business. These alumni will address the question: “What role, if any, should/can liberal arts students play as ‘outside agitators’ in promoting social change?”

Yerkey did postgraduate work at the American University of Beirut and spent more than a decade in Europe and the Middle East, reporting for TIME-LIFE, ABC News, The Christian Science Monitor, the International Herald Tribune and other U.S. news organizations. He also has reported as a foreign correspondent in many countries. He has published a book about college students and the civil rights movement in the 1960s, South to Selma.

Schwarz holds a B.Phil. in logic and metaphysics from the University of St. Andrews and a Ph.D. in philosophy from the University of California-Berkeley. He taught philosophy at colleges and universities and published a book and journal articles about the philosophy of language. He had a 30-year career with the United States Environmental Protection Agency (EPA), including managing regulatory development and promoting the use of electronic reporting by regulated industries to federal, state and local environmental agencies.

Barnes is a graduate of University of Illinois, Chicago, with a degree in history. He studied Nazi Germany, propaganda and African American history. At Ripon, Barnes strives to create a more diverse and positive environment for African American students. He has developed the B.R.O. mentoring program for black male students, which includes 12 of Ripon’s 18 black male students.

Frohardt-Lane holds a Ph.D. in history from University of Illinois at Urbana Champaign. She was as the Mellon Postdoctoral Fellow in Environmental History at Birmingham Southern College. Frohardt-Lane also has published two academic articles about racial tensions during World War II.
All four panelists will discuss the state of civil rights today, both on campus and in American society. 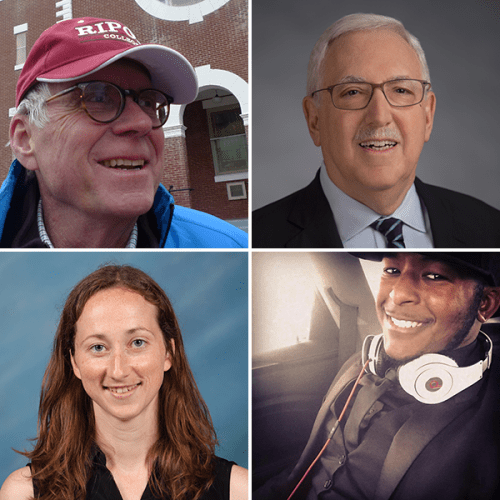