Jeff Ryan ’80 to talk about his love of hiking Appalachian Trail Oct. 25

Jeff Ryan ’80 of South Portland, Maine, will speak about his love of exploring the outdoors Wednesday, Oct. 25, at the Fond du Lac Public Library, 32 Sheboygan St. The program will begin at 6 p.m., and admission is free.

Ryan will sell and sign copies of his books at the talk. 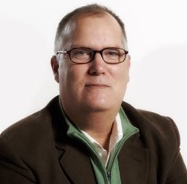