Panalists discussed rural America’s unique challenges and needs. The roundtable was held in Ripon College’s new Willmore Center, a $23.5 million signature athletics, health and wellness facility that opened in August 2017, thanks in part to a $14.3 million long-term, low-interest loan from the USDA Rural Development Program and private donations.

Hazlett said the Interagency Task Force on Agriculture and Rural Prosperity has been given “a really big role: to build prosperity in each place. Each day, we’re tackling that goal by focusing on three things: infrastructure, partnership and innovation.”

She said the goal is to work together with partners in the community such as those who joined the panel.

Zach Messitte, the president of Ripon College, said Willmore Center is the only facility of its kind in a wide surrounding region, so it is attracting users from all around that area. Already, more than 300 memberships have been sold.

He said an impressive part of seeing the community come together to support the facility is “we see the different businesses who have their names up on the walls and that they saw the benefit to having a facility like this.”

He said this effort “raises up Ripon College in the community,” and in return, Ripon College has had a significant impact on economic development in downtown Ripon. “A building like this is a game-changer,” he said, “and really has made a difference.”

The full roundtable discussion can be viewed here. 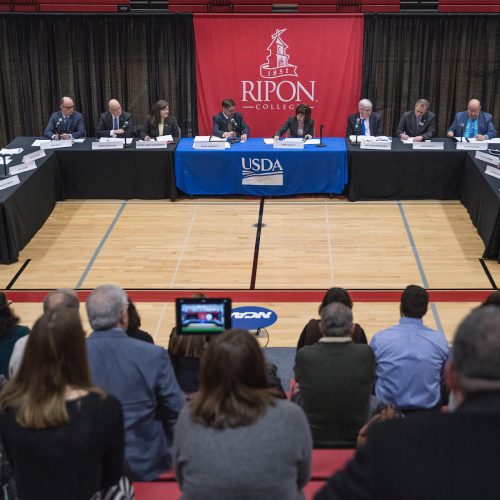