Inspired by her semester abroad in Florence, Italy, studio art and global studies major Keeley Eames ’18 chose to focus her senior seminar research project on Renaissance-era depictions of Adam and Eve from the Garden of Eden.

Her work, “Representations of Eve: Viewing Women Then and Now,” connects and compares the portrayal of women over time. The research examines depictions of Eve and Eve-like women in contemporary mainstream advertising as well as work from contemporary feminist artists.

“I am a female in the modern world who is well-aware of the socio-political issues that we face today, and while seeing daily advertisements for the popular products we use every day, I wanted to see if I could make a conceptual connection between the two,” says Eames.

Eames presented her research last semester to the art department. She says she discovered that modern advertisements depicting women to sell products are similar to Renaissance-era artwork of Eve. “Eve is known and shown as the original sinner,” Eames says, “thus casting a widely accepted moral and social gender hierarchy that really took off after the Christianity boom and perpetuated depictions of Eve, and subsequently women, as evil, sexual temptresses.”

After Ripon, Eames hopes to obtain an internship with Walt Disney Co. and eventually transition into a design and animation role within the company. In terms of the future of her research, Eames hopes to use this knowledge to better her art. “I think will definitely continue to create pieces that present the female identity, particularly through my perspective, and I am excited for what I can do in the future.” 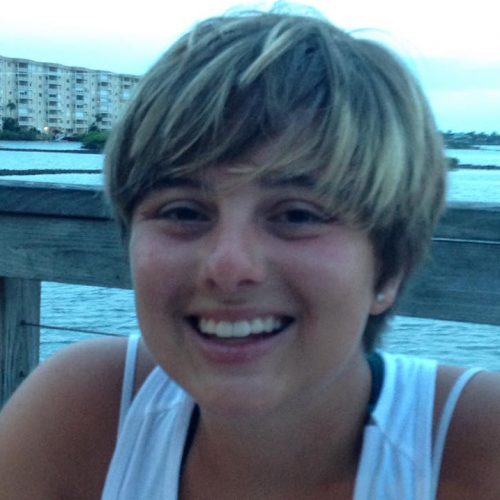