Thanks to decades of volunteering with Boy Scouts, alumnus is always prepared

While eating lunch with a business friend in New York, George Boothby Sr. ’74 of Montvale, New Jersey, found himself in the midst of a life-or-death situation. Boothby’s associate began choking, his facial color changing with every passing second.

While other patrons were frozen in place, Boothby acted quickly, performing the Heimlich maneuver and saving his friend’s life. Boothby was driven to respond quickly after decades of experience working with the Boy Scouts of America.

For 26 years, Boothby has volunteered at the New Jersey Klondike Derby, serving as the mayor of the Klondike First Aid Station for the last 12. During the recent session on Jan. 27, Boothby tested and trained about 500 Cub Scouts and Boy Scouts.

Boothby became involved with the Boy Scouts of America in 1992 as an assistant den leader in his hometown, and he was hooked. Volunteer activities run in the family, as his wife, Louise Renier Boothby ’75, volunteered with the Girl Scouts of America for 12 years, his son, George Jr., is an Eagle Scout, and his daughter, Catherine, is a Gold Award recipient.

Additionally, Boothby has received quite a few accolades, including the Scoutmaster Award of Merit, which only 10 percent of Scoutmasters in the United States receive; Servant of Youth Award; Twin Valley District Award of Merit; Twin Valley District Scouter of the Year Award; and Silver Beaver Award, the highest award a volunteer leader can receive.

He has helped 52 boys obtain their Eagle Scout rank. Statistically, only two out of every 100 Scouts reach this level.

“I firmly believe that the Scouting program develops youths into responsible young men who will contribute to society,” Boothby says. “This is why I have dedicated 26 years and counting to support its goals and objectives.”

One of Boothby’s fondest experiences was a 2015 trip to the World Scout Jamboree in Yamaguchi, Japan. He was touched by the instant camaraderie between the Scouts. “These boys, regardless of language barriers, differences, what have you, they looked and acted like boys from the same troop. You’re seeing the world as a global place, and that’s the way it should be,” he says.

Boothby highly recommends volunteering. “You’re making a difference, and it’s very important to give back,” he says. 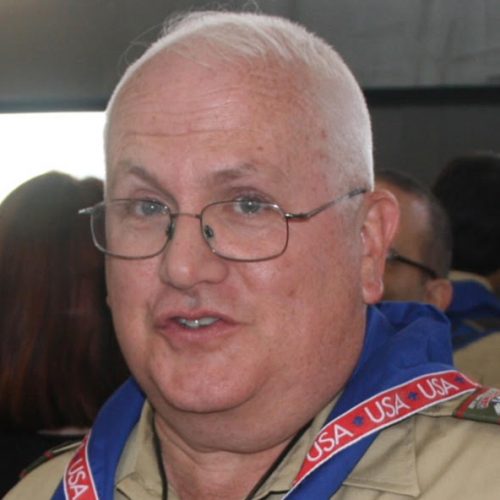