Judy Woodruff, anchor and managing editor of PBS NewsHour and a journalist for more than four decades at CNN, NBC and PBS, will provide the keynote address and receive an honorary degree at Ripon College’s 152nd Commencement ceremony May 13.

Wisconsin State Rep. Joan Ballweg (R-Markesan) also will receive an honorary degree as well as the College’s annual Founders’ Day Award, recognizing an individual or organization in the Ripon community who exemplifies the ideals of the founders of Ripon College and who has contributed above and beyond to the mission of the school. Former superintendent of the Ripon Area School District and long-time public educator Dr. Richard Zimman will receive the Distinguished Educator Award.

Each year, the College organizes Commencement activities around a theme. The 2018 Commencement theme celebrates “Civil Discourse and Dialogue” by recognizing individuals and institutions who are dedicated to supporting these values and creating space for crucial conversations.

“Judy Woodruff is one of most widely respected journalists of her generation,” said Zach Messitte, president of Ripon College. “She is balanced, thorough and interested in getting to the truth. Her commitment to excellence has made us all better-informed citizens about the most important issues facing our country and the world.”

Woodruff has covered politics and other news for more than four decades at CNN, NBC and PBS. For 12 years, she served as anchor and senior correspondent for CNN, where her duties included anchoring the weekday program, Inside Politics.

At PBS from 1983 to 1993, she was the chief Washington correspondent for The MacNeil / Lehrer NewsHour. From 1984-1990, she also anchored PBS’ award-winning weekly documentary series Frontline with Judy Woodruff.

Woodruff is a founding co-chair of the International Women’s Media Foundation, an organization dedicated to promoting and encouraging women in communication industries worldwide. She serves on the board of trustees for the Freedom Forum, the Newseum, the Duke Endowment and the Urban Institute. She is a former member of The Knight Foundation Commission on Intercollegiate Athletics. Woodruff is a graduate of Duke University, where she is a trustee emerita.

Ballweg has represented Wisconsin’s 41st district in the State Assembly since 2004, and served as Majority Caucus Chairperson in 2011 and 2013. She lives in Markesan where she and her husband own a farm equipment business. She was on the Markesan City Council from 1987 to 1991 and mayor from 1991 to 1997. She also is a member and former treasurer of the Markesan Chamber of Commerce, a member of the Waupun Chamber of Commerce and a member of the Green Lake County Farm Bureau.

“Rep. Ballweg has done so much for Ripon College throughout the years, whether by hosting student internships or as an active participant in numerous campus workshops, discussion forums and town hall meetings,” Messitte said.

Now in her seventh term as a State representative, Ballweg is co-chair of the Joint Committee for Review of Administrative Rules, and is a member of the following committees: Colleges and Universities, Children and Families, Mental Health, Rules, Joint Legislative Council, Jobs and the Economy, International Affairs and Commerce, and The Speaker’s Task Force on Foster care, and Tourism.

She has served on these special committees: Symposia Series on Supporting Healthy Early Brain Development, 911 Communications, Emergency Management and Continuity of Government, Continuity of Legislative Operations, Review of Higher Education Financial Aid Programs, Differences in Laws Applicable to Cities and Villages, and Review of Emergency Detention and Admission of Minors Under Chapter 51.

Her leadership in education, business and health care include writing legislation impacting agriculture, small businesses, health care, and education in the State of Wisconsin. She is spearheading Red Tape Review, a comprehensive look at Wisconsin’s administrative rules, and initiatives relating to strengthening families and early childhood education. She has achieved passage of Donate to Life Wisconsin license plates in an effort to raise awareness and funds for organ donation; and has achieved the opportunity for residents and non-residents to purchase on-day fishing licenses; and is working to modernize and provide greater access to the small claims courts process in Wisconsin.

Zimman retired from the Ripon Area School District in 2013 after 40 years as a public school educator. During his time as superintendent from 2004 to 2013, he worked to revise, reinvigorate and reinvent the educational program for all grade levels.

Among his accomplishments were a four-year-old preschool program, an off-site charter school for at-risk students, an in-district program for cognitively disabled and autistic students, a K-12 program for English Language Learners with a certified teacher at each building, online learning courses for high school students, the Senior Tax Exchange Program (STEP), the AlertNow emergency message system, the creation of a continuum of four project-based learning charter schools for K-12 students, a public communications program pioneering the use of social media, and an innovative salary plan based on a collegiate model.

“Richard Zimman wanted Ripon Public Schools to achieve excellence,” Messitte said. “His commitment to our community and education is a model for teachers and administrators around the state and the nation.”

All three of the honorees will share their insights regarding “Civil Discourse and Dialogue” during the Senior Brunch and Forum at 10 a.m. Sunday, May 13. The Commencement ceremony begins at 1 p.m. on the lawn of Harwood Memorial Union. Updated information will be available at ripon.edu/Commencement. 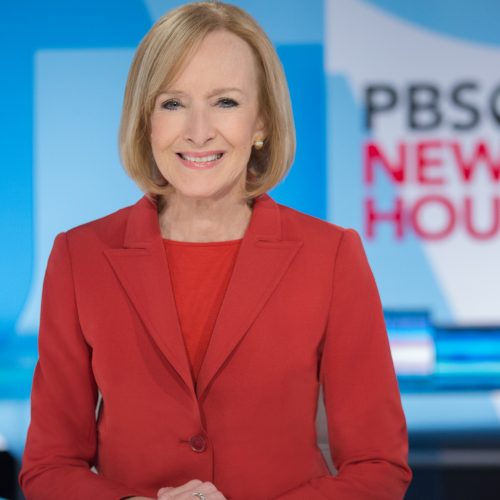