Anderson, an economics major at Ripon, founded two insurance agencies and owned a share of a title company in Wisconsin. He served on Ripon’s Board of Trustees from 1984 to 1993 and was named an Honorary Life Trustee in 1993.

He and his late wife, Marilyn Dixon Anderson ’45, demonstrated exemplary philanthropy to Ripon College throughout their lifetimes, making substantial contributions to the Annual Fund, athletics, scholarship assistance to students, and infrastructure projects such as the renovations to Evans Admission Center, Carnegie Building, Lane Library, the Ceresco Prairie Bike Trail and the Quads.

In 2007, the couple established the Donald W. and Marilyn Dixon Anderson 1942, 1945 Endowed Scholarship, given annually to support incoming students demonstrating financial need. The Andersons also contributed significantly to the Class of 1942 Endowed Scholarship, a renewable scholarship also designated for students with demonstrated financial need and who maintain satisfactory progress toward their degrees.The couple were charter members of Partners in the Legacy.

In 2003, the residence hall Anderson Hall was named in appreciation of the Andersons’ generous support and dedication to enhancing the quality of student life at Ripon.

Anderson was captain of the Ripon College football team during his senior year and was an all-conference lineman in the fall of 1941. He was inducted into the Ripon College Athletic Hall of Fame in 1992. During the 2007 Commencement ceremony, he received the Medal of Merit, the highest honor awarded by the College.

In addition to Ripon College, the Andersons were large supporters of a variety of other organizations in and around the greater Madison area, including but not limited to Agrace’s Don & Marilyn Anderson HospiceCare Center in Fitchburg, the United Way of Dane County headquarters, UW-Madison’s Department of Oncology and Edgewood College’s amphitheater.

Anderson remained an avid outdoor enthusiast and pursued his love of fishing and deer hunting into his 90s.

He met his wife at Ripon College, where they were set up on a blind date. They had five children. 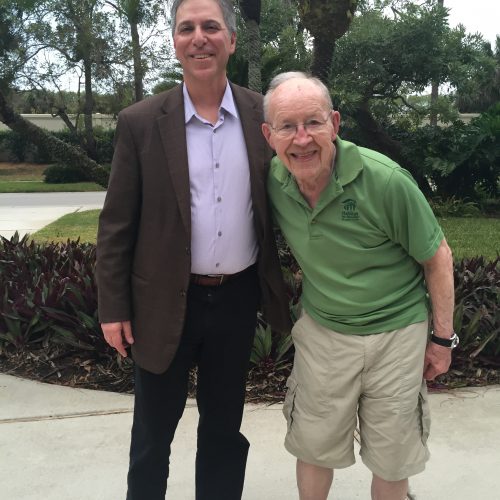