The construction of a national identity in Afghanistan was addressed by Nicholas Henning ’18 of Orfordville, Wisconsin, in his national security studies senior seminar research project, “Nation-Building in Afghanistan.”

Henning has been interested in the military since seventh grade. His interest was heightened after his fiancée’s first cousin was killed in Afghanistan in 2012, and again after his brother was deployed to the country in 2014. Henning, himself, is in Ripon College’s ROTC program.

“I was originally trying to find an ‘Afghanistan Doctrine,’” he says, about starting his research. “I searched in both of President George W. Bush’s national security doctrines, searching every government site, looking for an actual doctrine that had been implemented in Afghanistan. After many hours of research, I had come to the realization that there wasn’t one.”

He focused on nation-building in Afghanistan and the history of the country. He knew the subject would require a lengthy research paper, and he also “had a large fear that during my research I would’ve missed some large piece of information that would have entirely disproved what I was arguing. Once I was able to get past that, the project improved significantly.”

With more than 3,000 years of Afghanistan history to cover and a stockpile of research, Henning found that choosing what to highlight was difficult. He includes the rise of the Taliban, the events of Sept. 11, 2001, and nation-building efforts implemented by the United States.

Henning’s research is featured in the student journal for Ripon College’s International Relations (IR) Club. “By writing an article for (the journal), you have the ability to say you have written as a professional, which gives you more credibility as well as experience beyond the typical college research project,” Henning says. “One of the really awesome things about the IR Journal is that you don’t have to be an IR Club member to write something, and the only stipulation is that it has to be on International Relations, whether it’s economic, nation-building, invasion, etc. … which leaves it pretty broad for a student to write.”

The most rewarding part of Henning’s seminar was watching everything come together. “There is so much time and effort put into the project that it’s incredibly rewarding to present that research,” he says. “Being involved in the national security studies program has been one of the best and rewarding decisions I’ve made over the last four years. It’s something I’m very interested in, and I’ve been able to make many quality contacts in the field that have become friends. I’ve had incredible opportunities because of that.”

Henning is a politics and government major and a national security studies minor. Upon graduation, Henning will be commissioning as a second lieutenant in the United States Army as an engineer office. He will leave for Basic Officers Leaders Course Feb. 11, 2019, and will serve in the Army for a minimum of three years. 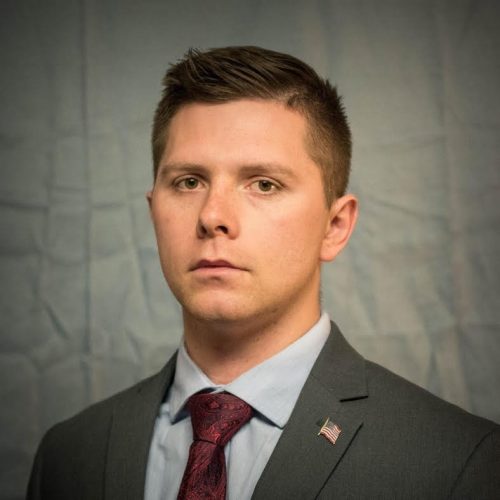