James Megellas ’42 of Colleyville, Texas, and the ongoing campaign to secure for him a Congressional Medal of Honor, were featured in “Why a 101-year-old World War II hero says his is not the ‘greatest generation,’” published May 23, 2018, by The Dallas Morning News.

Megellas is the most decorated officer in the history of the Army’s famed 82nd Airborne Division. For heroic actions in World War II battles from Italy to the liberation of Holland and the Battle of the Bulge, the paratrooper was awarded the military’s second-highest decoration, the Distinguished Service Cross, as well as two Silver Stars, two Bronze Stars and two Purple Hearts. He still makes appearances and speeches related to his military service. 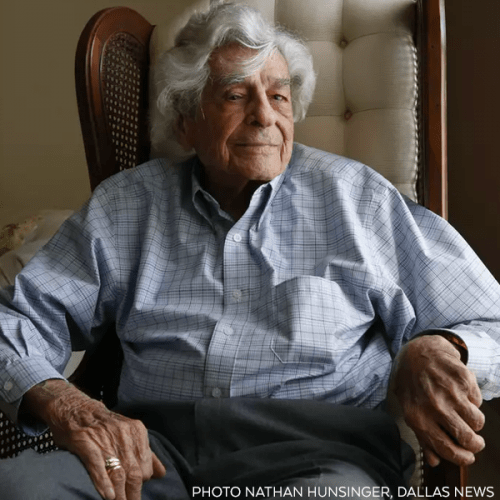