“After attending an overcrowded high school, I loved the idea of attending a small college, with small class sizes,” she says. “I knew I wanted to major in a STEM field, and at larger schools it is more difficult to get hands-on laboratory training. Almost all of the biology and chemistry classes at Ripon had a laboratory component, giving me the first research skills that would launch the rest of my education and future career. I also have to thank the Pickard Family and Pickard Scholarship Fund, which made it financially possible for me to come to Ripon!”

Kharbush majored in biology and chemistry, with a minor in Spanish, at Ripon College. She went on to receive a Ph.D. in chemical oceanography from Scripps Institution of Oceanography at University of California San Diego in 2015. She now is a postdoctoral researcher at Harvard University in the Department of Earth and Planetary Sciences.

“Overall I’d describe myself as an environmental scientist, although I specialize in chemical oceanography and microbiology,” she says. “I am interested in how tiny organisms called microbes make and recycle organic matter in oceans and in lakes. For example, I am studying how phytoplankton — tiny, single-celled “plants” — obtain and use nitrogen (N), an essential nutrient they need for growth. This includes elucidating the role of N in the formation of harmful algal blooms, such as the annual bloom that occurs in Lake Erie.”

She also teaches and mentors undergraduate students. Next spring, she will teach her first class as a lecturer at Harvard.

She says her training at Ripon College prepared her well for her career. “I use both biology and chemistry techniques on a daily basis,” she says. “Oceanography and limnology are very interdisciplinary fields, so it was an advantage to have a background in both. In addition, the experience I gained in laboratory sections while at Ripon was very helpful in obtaining additional summer research experiences at other institutions. These experiences ultimately led me to choose a career in scientific research, and environmental science in particular.”

At Ripon, she says, “I felt supported and like I belonged even during the most challenging times, which is not something to take for granted. Perhaps the most rewarding aspect of being at Ripon was the opportunity to really get to know my professors. I won’t embarrass anyone by naming them, but they were hugely inspirational and are still my role models. I remember really loving almost all of my classes. Having such talented and motivated professors spurred my own interest in teaching. I’ll be on the academic job market this year, and I hope to find a job at a university that values both teaching and research. Thanks to my time at Ripon I know exactly the type of community dynamic I’m looking for!” 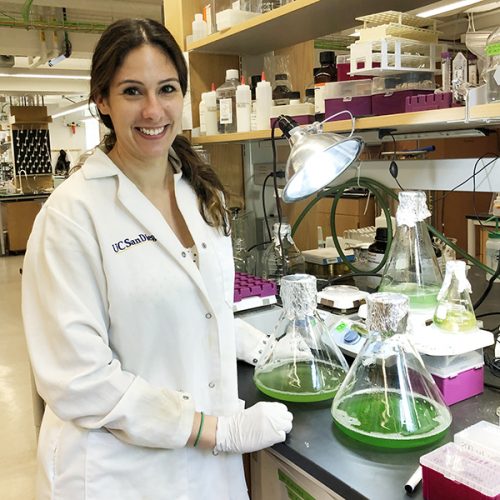