As the assistant swimming and diving coach at Hendrix College in Conway, Arkansas, Winona Holmes Robbins ’17 is finding several aspects of her Ripon College education are influencing the work that she does.

“The largest aspects of my job are recruiting for the women’s team and assisting the head coach in running practices and meet and travel prep,” she says. “I am someone who student-athletes will confide in about mental health issues and other personal concerns. I am also a co-adviser to the Student Athletic Advisory Committee (at Ripon known as SALT), I served as president of the committee for two years and was the chair of the Midwest Conference SAAC.

“Ripon definitely prepared me in more ways than one for this job. I would have to say one of the most important things that I use in my career is the training for mental health I received during my two years in Residence Life. Had it not been for that training, the classes I took about coaching and my relationships with coaches in the athletic department I would not have been prepared with how much of coaching is based on mental health. Ripon also prepared me by giving me many opportunities to be very active on campus, learning skills and gaining experience that transfer to my everyday life.”

Holmes Robbins had a major in sports management and a minor in business management at Ripon College. “I chose Ripon because of the honesty and genuine kindness that the students demonstrated during my first visit,” she says. “From the minute I stepped on campus I felt at home, and after meeting the swim team I knew I wanted to be a Red Hawk.

“Everyone was very open about their experiences at Ripon. They spoke about their classes, campus jobs, internships, teams, clubs, etc. They spoke with pride of their school, and I truly believe that’s what set it apart from the other schools that I visited.”

She says that the greatest lesson she learned at Ripon College was how to ask questions. “Whether it was in class, at one of my jobs or while helping friends, I gained a better understanding of how to find the underlying question instead of finding and accepting the easiest answer,” she says.

“I can’t begin to express my gratefulness to Ripon for the knowledge, joy and friendships it has brought to me.” 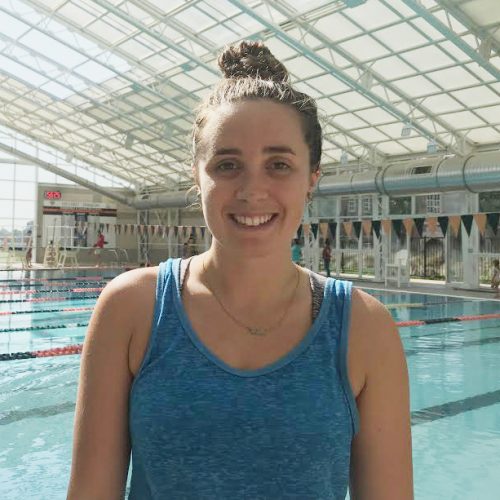