The small, personalized setting of Ripon College brought Zach Schmidt ’17 to the Ripon College campus, and the myriad opportunities to get involved captivated him as he progressed through his education.

“The small but personable academic setting was one of the biggest reasons I chose Ripon,” Schmidt says. “I knew I was someone who would work best in a smaller class environment, and Ripon was a perfect fit for my learning style. I also wanted to go to a school where I was able to get to know my professor on a more personal level. I wanted to go to a school where I knew the faculty was going to work with me in getting my education.”

Schmidt had a self-designed major in sports psychology, so he took classes in both the psychology and exercise science areas. “Since my program is a sport and health specialized program, it was important for me to take classes such as kinesiology and learn material outside of just psychology,” he says.

He currently is pursuing a master’s degree in counseling with specialization in sport and health at Adler University in Chicago. He has a social justice practicum in the behavioral health division of a county health department. He conducts asset mapping surveys of mental health providers. In the fall of 2018, he will start a clinical internship and sports externship.

“One of the things I found most rewarding about Ripon was the opportunity to get involved,” he says. “My first year on campus, I didn’t involve myself in the school besides being on the cross country and track teams. My second year, I joined Theta Chi fraternity. Through my fraternity, I got involved in the Interfraternity Council and eventually became president of IFC for a year. Not only did I cherish my time with all my brothers, I was able to make great friendships with brothers in the other fraternities on campus.

“My junior year, I spontaneously got involved in the orientation committee and had an absolute blast working with my fellow committee members in aiding the transition of the incoming first years. My senior year, I became a day leader and was in charge of planning a full day of activities for the first years. Within the athletic department, I was able to get involved in the Student Athlete Leadership Team and was on the executive board for this committee. I was also a four-year cross country and track athlete. 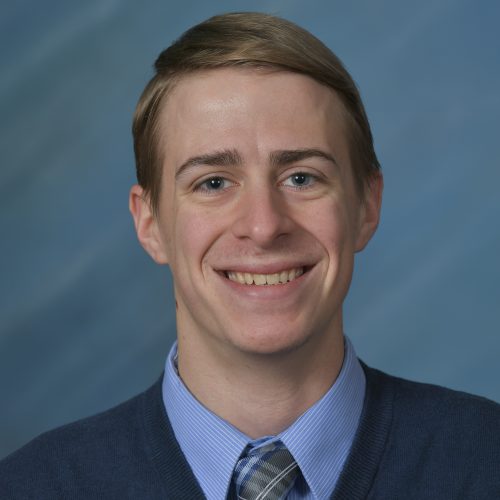