Ripon College held many attractions for Lucy Burgchardt ’10. It was close to members of her extended family. It was affordable after she was awarded a Pickard Scholarship from the College. She liked the idea of a liberal arts education and small class sizes.

“Perhaps most importantly at the time, I liked the warmth of the students with whom I interacted during my visit to campus as a prospective student,” Burgchardt says. “I felt like I had friends before I ever came to campus. Indeed, I became friends with a number of the students whom I met during my brief visit. Ripon’s students, faculty, and staff are its greatest strengths.”

Burgchardt majored in anthropology and French at Ripon College. After Ripon, Burgchardt was one of only 29 American students selected that year to receive the coveted Gates Cambridge Fellowship to study for a master’s of philosophy (MPhil) in archaeology at the University of Cambridge in the United Kingdom.

She then received a Ph.D. in communication, studying the rhetoric of preservation at archaeological tourism sites, at the University of North Carolina at Chapel Hill. She was a graduate teaching assistant, leading courses regarding public speaking, rhetoric and media studies.

She also researched preservation advocacy on behalf of ancient indigenous places in the American Southwest, such as Mesa Verde and Chaco Canyon.

“As a teaching assistant at Carolina, I thought often about how different my education at Ripon was compared with an undergraduate career at a large university,” she says. “I think there’s something very special about the extra attention that students receive at a place like Ripon. Ripon equipped me to think critically. The education I received was the most rewarding thing about the time I spent at Ripon College. I could not have received that education without the talented, attentive and kind faculty. While I loved my friends and the Ripon community, the faculty and their dedication to Ripon’s students were the most important elements of my college career.”

She found the education at Ripon College so special that she applied to work as a professor at a similar liberal arts college. She now is a tenure-track assistant professor of communication studies at Augustana College in Rock Island, Illinois.

“My education at Ripon prepared me for my future goals, enriched my worldview, and altered the direction of my life dramatically,” Burgchardt says. “Because I received individualized attention, I was encouraged to apply for archaeological field school in southern Peru, to study abroad in France, and to apply for the Gates Cambridge Fellowship. After pursuing all of those experiences, my world opened up in ways I never could have imagined. Ripon prepared me for graduate school and for lifelong learning in informal settings, as well.” 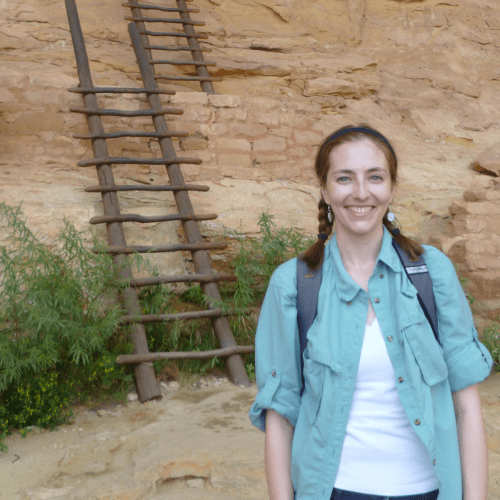